The US House Democrats have introduced a bill that sets the target of developing at least 25 GW of operating offshore wind capacity in the US by 2030.

The bill was introduced by more than a dozen members of the House of Representatives.

“The Ocean-Based Climate Solutions Act will help blow the wind into the sails of the American offshore wind industry, setting national offshore wind goals of 12.5 GW on the outer continental shelf by 2025 and 25 GW by 2030,” Tom Kiernan, CEO of the American Wind Energy Association (AWEA), said.

”AWEA expects 30 GW of offshore wind by 2030 will produce 83,000 jobs and $25 billion in annual economic output—this Act will go a long way in realizing those benefits. We look forward to continuing to work with these and other leaders on this important legislation.”

The US currently has 42 MW of operating offshore wind capacity.

The country’s offshore wind project pipeline stood at around 28.5 GW at the end of 2019, according to the US Department of Energy’s National Renewable Energy Laboratory (NREL).

Around 6.5 GW of this capacity was under federal and state permitting and with a signed offtake agreement by March 2020.

State procurement goals stood at little under 29 GW by the end of 2019, surpassing the project pipeline, according to the NREL.

The US House of Representatives has recently passed the Expanding Access to Sustainable Energy Act of 2019 which includes an amendment enforcing Jones Act requirements for all offshore renewable energy production. 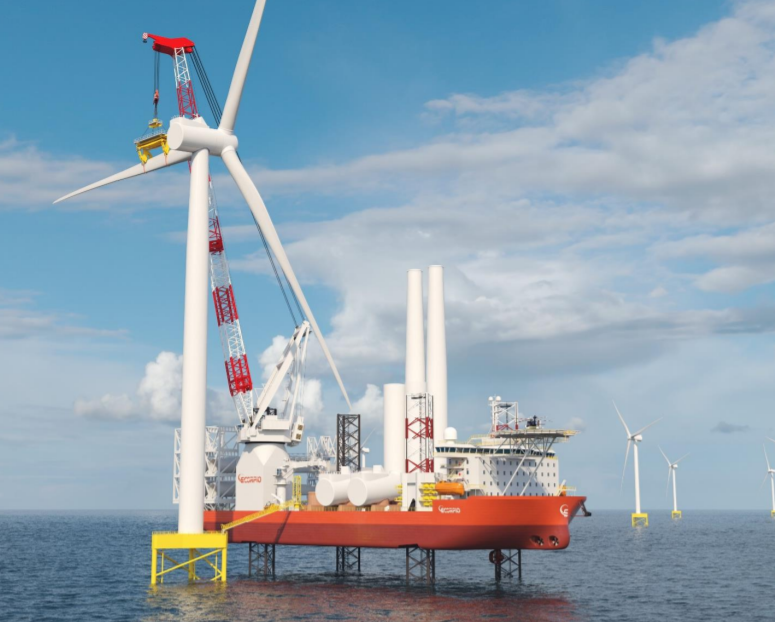