The services to support this, for which a six-month contract will be awarded, will develop more insight in background content and coordination of offshore wind market engagement. This includes a structured process and moderation of interactive sessions with members of the consortium and leading offshore wind developers, according to the invitation to tender.

The contracted party will, in close collaboration with the market, lead, refine and structure the plan of approach for the offshore market engagement.

The contract(s) value to be awarded under this tender is estimated at EUR 240,000, with the deadline for submitting applications set for 26 October.

In August, the NSWPH partners selected Navigant Netherlands to provide assistance in structured discussions with policymakers to realize the first hub-and-spoke project in the early 2030s.

The hub-and-spoke concept connects offshore wind farms to one or several hub islands via alternating current cables. Power is then converted into direct current electricity by converters on the hub islands, before being exported by a series of interconnectors (the spokes) to the linked North Sea countries.

Earlier this month, the European Commission announced it was investing EUR 14 million in the North Sea Wind Power Hub programme, with the financing to be used for a study to support the development of the project. 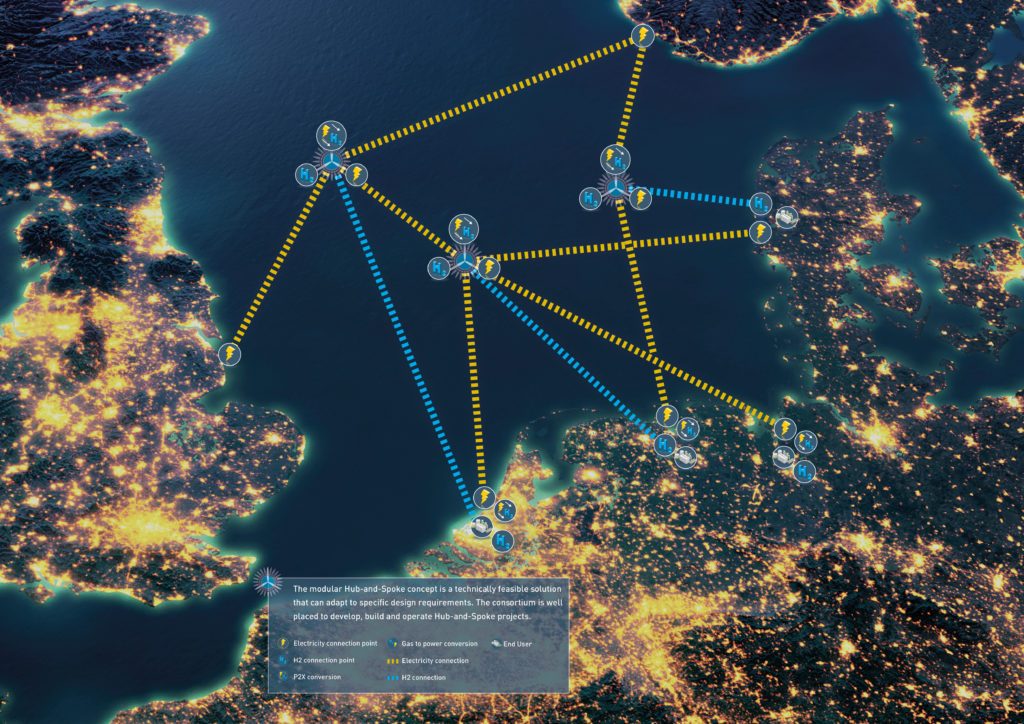