Haizea Wind Group has delivered the first batch of wind turbine towers produced at its facility in Spain for the Dutch Borssele 1+2 offshore wind farm.

The company dispatched the tower sections from Bilbao around 13 May. The first shipment contained three bottom sections, three middle sections and two top sections, loaded onto the Rotra Mare vessel.

According to Haizea Wind, the next batch will be sent off on 25 May. Then, the company will deliver four towers, or twelve tower sections.

Haizea Wind will deliver a total of 14 wind turbine towers from its factory in Bilbao for the Borssele 1+2 project.

Borssele 1+2 will comprise 94 Siemens Gamesa 8 MW turbines, of which the first was installed in mid-April. The wind farm delivered its first power at the end of the same month.

So far, DEME’s jack-up vessel Sea Challenger has installed eleven wind turbines. The vessel is loading the turbine components in Port Esbjerg, Denmark, prior to transporting them to the construction site some 22 kilometres off the coast of the Zeeland Province.

More than 70 monopile foundations and half of the inter-array cables are also in place.

The 752 MW wind farm, developed by Ørsted, is expected to be completed by the end of 2020. 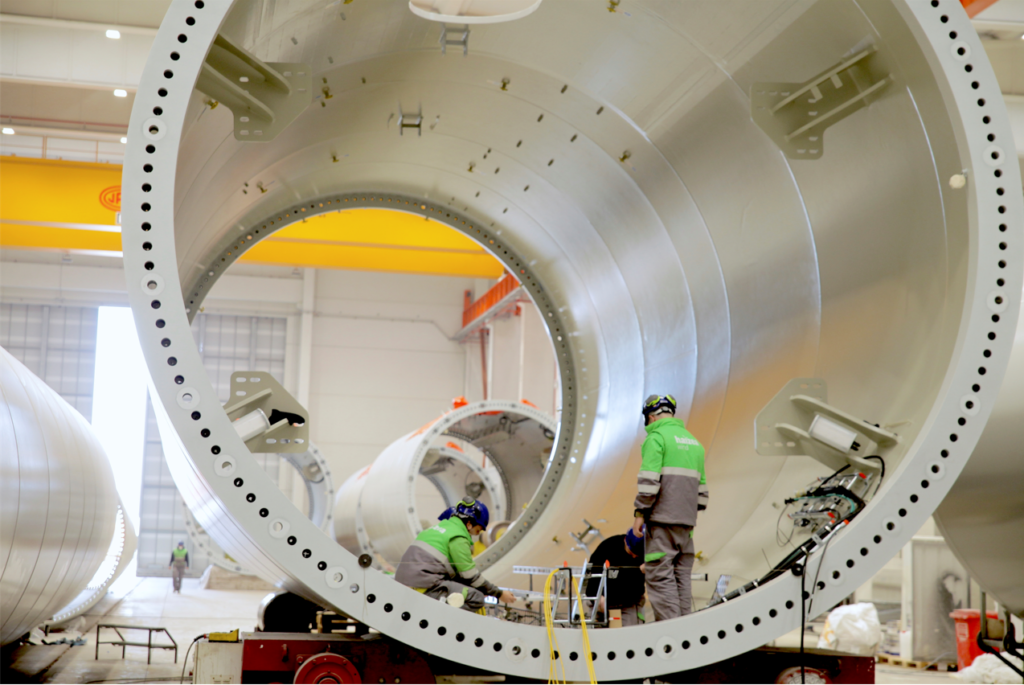