The Canadian company, through its fully owned subsidiary CPP Investment Board Europe, has acquired 49 per cent of Enbridge’s 50 per cent stake in EMF, the developer of three offshore wind projects in France.

CPP Investments said it would commit additional EUR 120 million to follow-on investment as the first offshore wind project progresses through construction. The company could also make investments of more than EUR 150 million in the further two of the three EMF offshore wind farms, according to its press release from 12 May.

The three offshore wind farms developed by EMF are Saint-Nazaire, Courseulles-sur-Mer, and Fécamp.

The Saint-Nazaire project is officially in the construction phase, with offshore installation to start this year, while Fécamp and Courseulles-sur-Mer are well advanced in terms of development.

The 480 MW offshore wind farm will feature 80 Haliade 150-6MW wind turbines. The commissioning of the wind farm is planned for 2022.

The 500 MW Fécamp and 450 MW Courseulles-sur-Mer wind farms will feature Siemens Gamesa turbines. The two projects are expected to reach a final investment decision by next year and to be commissioned by 2024.

The project development company EMF is owned by EDF Renewables, Enbridge and now CPP Investments. After the transaction with CPP Investment closes, Enbridge will own equity interests in the Saint-Nazaire (25.5%), Courseulles-sur-Mer (21.7%), and Fécamp (17.9%) offshore wind projects through its investments in EMF. 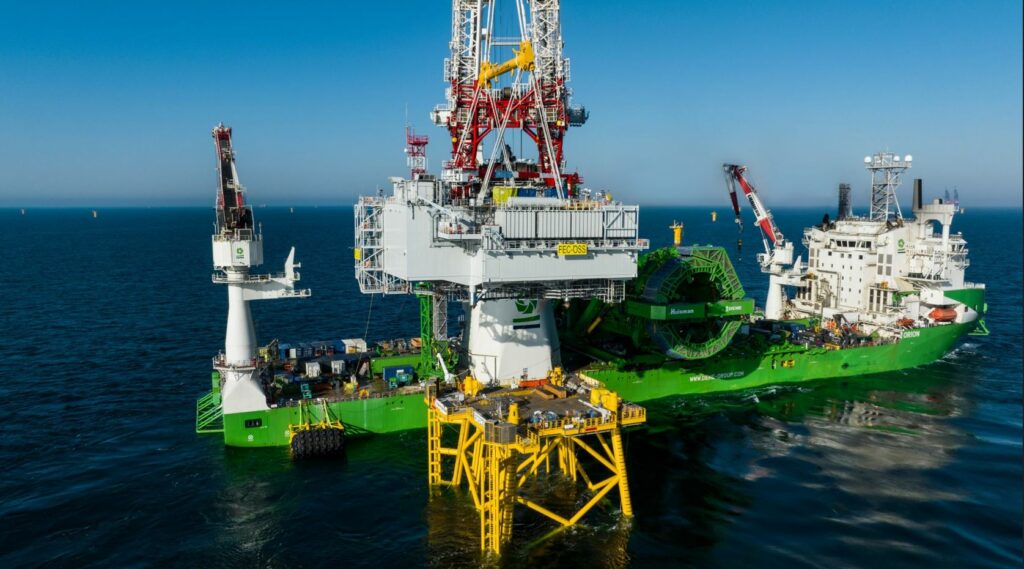