Ørsted has revealed its plans to submit a bid in the 760 MW Holland Coast North (Hollandse Kust (Noord)) tender in the Netherlands.

The zero-subsidy round of the tender started on 2 April and will close on 30 April.

“The Netherlands has ambitious climate targets for both the energy and industrial sectors and is an important market to us,” Martin Neubert, Executive Vice President and CEO of Ørsted Offshore, said.

”We deliver a strong bid with a high degree of risk mitigation. We commend the Dutch government for holding on to its tender timelines and its renewable energy targets during a time of global uncertainty. We urge governments worldwide to continue the transition from black to green energy at full speed in order to fight climate change and promote sustainable investment in economic growth and job creation.”

Ørsted’s bid is said to include innovative technologies that will help integrate ever larger amounts of offshore wind in the Dutch energy system, and Ørsted’s Board of Directors has already approved the final investment decision for the project.

The Hollandse Kust (Noord) is one of three offshore wind areas chosen by the Dutch government to be developed by 2023, as part of the country’s Energy Agreement for sustainable growth.

It consists of two sites located 18.5 kilometres off the west coast of the Netherlands. The two sites will have the combined capacity of between 693 MW and 760 MW.

The total surface area of the wind farm site within this zone is approximately 125 square kilometres. The existing Princess Amalia wind farm lies within the wind farm zone.

Ørsted is currently constructing the Borssele 1 & 2 offshore wind farm in the Dutch part of the North Sea, which will be fully operational later this year. The project generated first power this week.

Steven Engels, Country Manager for Ørsted in the Netherlands, said: “The construction of our Borssele 1 & 2 Offshore Wind Farm is so far going as planned, and we expect that Borssele 1 & 2 will be capable of generating enough green energy to power one million Dutch households later this year. We deliver on our commitments and we provide certainty. Ørsted is a strong partner for the Dutch energy transition, providing large-scale, cost-competitive renewable power linked to an ambitious agenda on renewable hydrogen.” 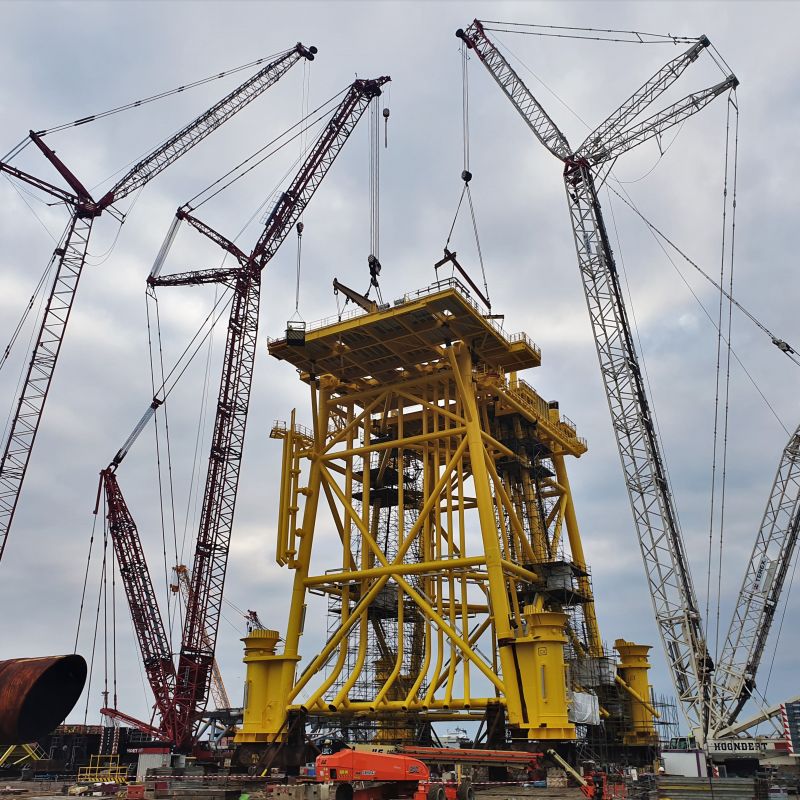