AIS Training and Arcon have signed an agreement to develop an offshore wind training center in Maryland, the U.S.

The new center will be purpose-built at Arcon’s existing welding training school site in Salisbury to train offshore wind workers in essential skills such as working at height, manual handling, fire awareness, first fid and sea survival to GWO standards.

It will be developed in several phases over the next two years to include more specialized training courses such as GWO Basic Technical Training (BTT), GWO Enhanced First Aid, GWO Advanced Rescue Training (ART) and GWO Slinger Signaller.

Part of Arcon’s existing welding school will be converted for phase one of the center, which will incorporate a 23ft high training tower, climbing and rescue platforms, and a rope access area with capacity for lifting and rigging and fire training.

The first courses are on schedule to run in April 2020.

“The U.S. East Coast is earmarked as a key location for many of these projects such as the Skipjack wind farm off Maryland, which is planned to host the world’s largest turbines. Maryland was therefore a natural choice to fully support our first U.S. renewable energy training village.”

In April, the Maryland General Assembly passed the Clean Energy Jobs Act (CEJA) which will incentivize the development of 1.2GW of additional offshore wind capacity off Maryland’s coast by 2030. 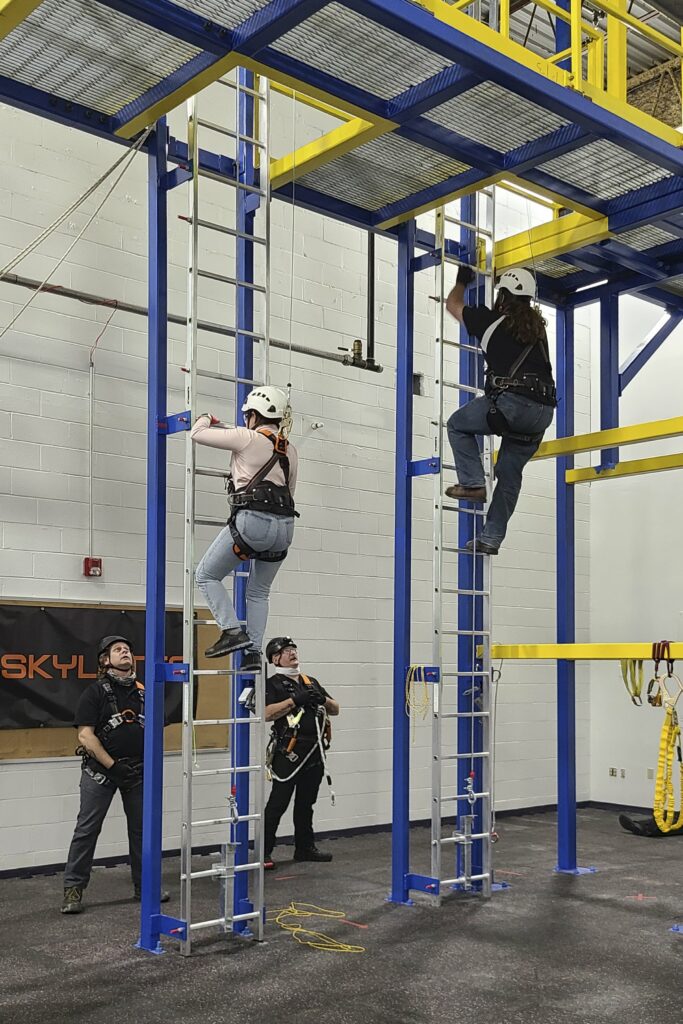