Consortium partners behind the NSWPH programme, TenneT Netherlands, TenneT Germany, Energinet, Gasunie, and Port of Rotterdam, have joined together to develop a large-scale European energy system for offshore wind in the North Sea over the next few decades.

The study will help the NSWPH consortium gain a better understanding of the key environmental legislations, risks and constraints associated with the project.

The proposed NSWPH is based on a ”hub and spoke” concept, where offshore wind farms will connect to one or several hub islands via alternating current cables. The power is then converted into direct current electricity by converters on the hub islands before being exported by a series of interconnectors (the spokes) to connecting North Sea countries.

Through this system, the NSWPH consortium aims to optimise the spatial efficiency of both offshore wind farms and interconnectors in the North Sea.

Beth Monkman, Intertek Energy & Water’s Environment Lead, said: “We are very pleased to utilise our extensive stakeholder knowledge and experience of permitting offshore projects in the North Sea while conducting this initial study for such an exciting, internationally-coordinated renewable energy concept.’’ 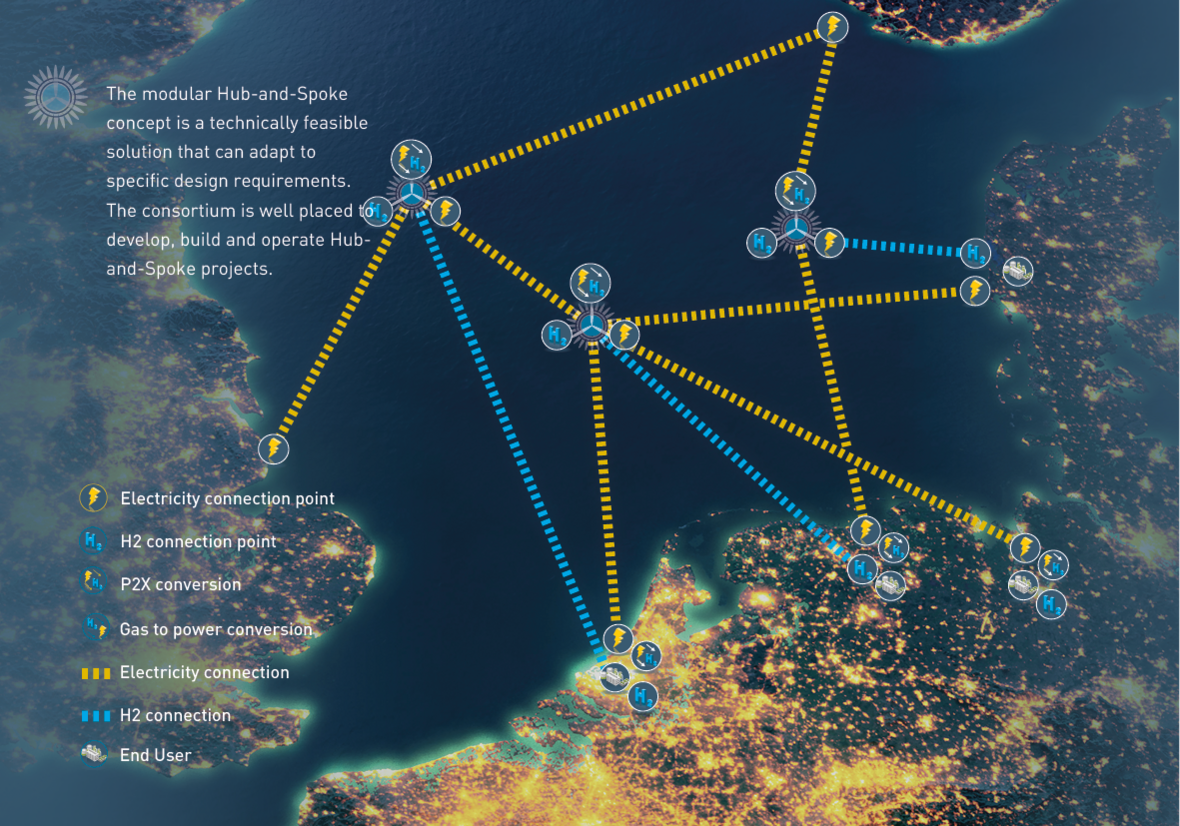