Danish transmission system operator Energinet has issued a tender for the procurement of services regarding an unexploded ordnance (UXO) Box survey for the Thor offshore wind farm. 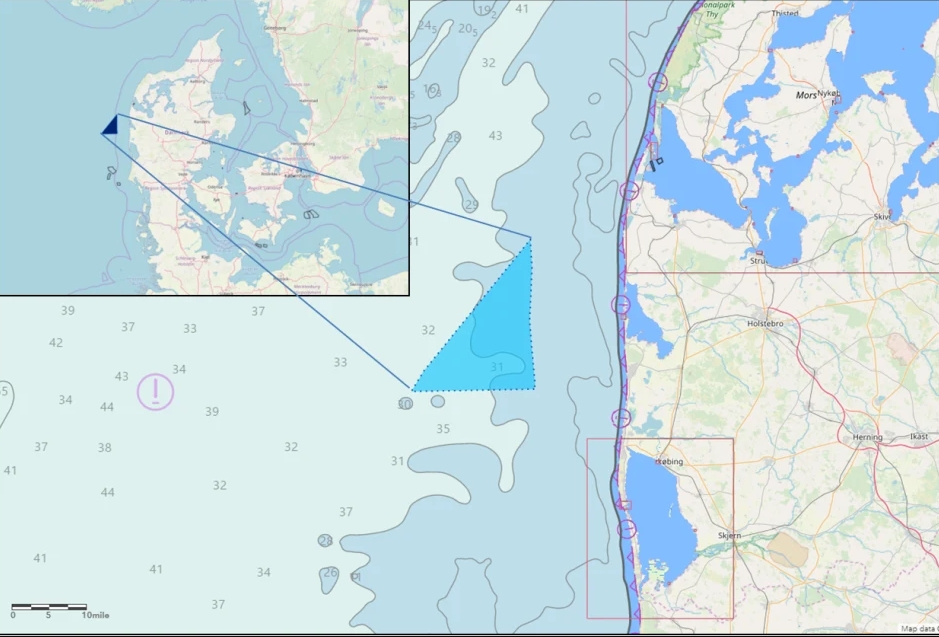 Energinet is performing the initial geophysical and geotechnical investigations in the Danish North Sea prior to the procurement of the new wind farm.

In order to minimize the UXO risk for the geotechnical investigations, planned to commence in April 2020, a UXO Box survey has been requested.

The UXO Box Survey shall be performed in approximately 100 rectangular zones, each spanning 200 x 150 m or 100 x 50 m). The size of the zones to be investigated depends on whether the area is subject to a geotechnical borehole or CPT during the geotechnical investigations.

The UXO Box survey will include a magnetometer survey, a side scan sonar (SSS) survey, and a multi-beam echo-sounding (MBES) survey.

The services provided will also include offshore data processing, target interpretation, and reporting.

The contract’s duration is three months and the value of the contract is EUR 670,000. The deadline for the submission of tenders or requests to participate is 9 September.

The commissioning of the wind farm is expected between 2024 and 2027.

Last year, the Danish parliament unanimously voted for a new energy agreement which includes building three new offshore wind projects by 2030 with a total capacity of at least 2.4GW. Thor is the first of those projects.