Helicopter Terrain Awareness and Warning Systems (HTAWS) are set to be upgraded to give pilots between 6 and 30 seconds of additional warning of a potential collision with an obstacle, terrain or water, according to HeliOffshore.

Plans to implement the upgrades have been formulated as a result of HeliOffshore’s collaborative efforts involving aircraft manufacturers, operators, and regulators, the safety-focused association of the offshore helicopter industry said.

HeliOffshore’s HTAWS work group recently reached an agreement for aircraft manufacturers to focus on implementing Modes 1 through 6 of the enhanced HTAWS software, which between them will deliver an estimated 60 percent of the safety benefits from the proposed upgrade. In discussions that also included the European Aviation Safety Agency, the UK Civil Aviation Authority and the U.S. Federal Aviation Administration (FAA), it was further agreed that Mode 7, which would deliver the remaining 40 percent of benefits, will be implemented later after further flight trials are complete.

Leonardo Helicopters has committed to implementing the first phase of the upgrade during 2019 for its AW139 and AW189 fleets. Mode 7 is set to be added after further flight testing.

Sikorsky has agreed to introduce Modes 1-6 in Revision 11 of its Avionics Management System (AMS-11) for the S-92. In the meantime, it will continue to flight test Mode 7 and hopes to be able to add this to the upgrade at the same time.

Airbus Helicopters is also continuing to test all the modes and intends to implement the upgrade of mode 1 through 6 for the H175 models in 2021 and on the H160 in the same year. The mode 7 upgrade requires additional design work and flight testing before implementation in the HTAWS or flight control system.

Bell has agreed to implement enhanced capabilities in its new Bell 525 aircraft. The manufacturer is considering implementation options including embedding these functions within the aircraft’s avionics suite or fly-by-wire flight control system.

The plans agreed through HeliOffshore’s HTAWS work group call for equipment to be enhanced by modifying alert envelopes on existing aircraft types, beginning with those equipped with Honeywell’s EGPWS MK XXII HTAWS. This will give earlier notifications that increase the time available for pilots to recognise the unsafe condition and respond.

“Effective collision avoidance is fundamental to helicopter safety, and data now shows us that by upgrading HTAWS we can significantly strengthen the ability of pilots to do that. That’s why it’s so important that we achieve implementation right across the offshore helicopter fleet,” said HeliOffshore CEO Gretchen Haskins. 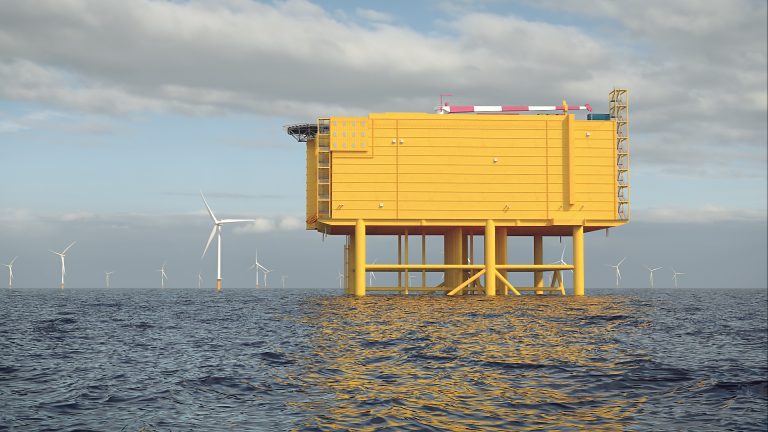