Spanish energy giant Iberdrola plans to spend around EUR 9 billion to reach the target of having 3GW of installed offshore wind capacity in the US and in Europe by 2023.

The 714MW East Anglia One wind farm is currently under construction in the UK North Sea, and is scheduled to come online in 2019.

The company’s projects under development include the 496MW St. Brieuc wind farm in France, expected to begin operation in 2020, and two wind farms in the German Baltic Sea, the 476MW Baltic Eagle and the 10MW Wikinger South.

In the US, Iberdrola’s subsidiary Avangrid Renewables is developing the 800MW Vineyard Wind project in partnership with the Copenhagen Infrastructure Partners. The wind farm is slated for commissioning in 2021.

In its recently released Integrated Report for the first nine months of 2018, Iberdrola posted a 38.1% rise in gross operating profit in the renewables division which stood at EUR 1.27 billion. The rise was attributed to increased production in all regions and the coming on stream of the Wikinger offshore wind farm. 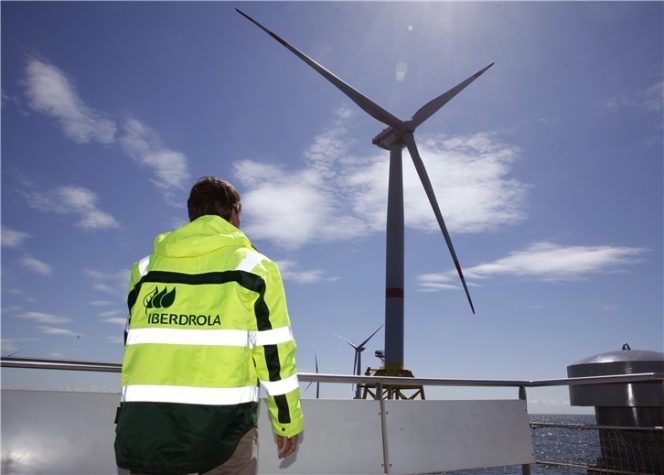