Nexans has been awarded a contract worth over EUR 35 million by Triton Knoll’s onshore cable installation lead contractor J Murphy & Sons Ltd to supply the land export cable and accessories in order to connect the Triton Knoll wind farm to the UK grid.

Located around 30km off the coast of Lincolnshire, Triton Knoll has a planned installed capacity of approximately 860MW.

To export the energy generated by the wind farm to the grid, Triton Knoll will rely on Nexans’ 220kV land export cables, which will transmit the power over a total distance of around 57km from landfall near Anderby to the new Triton Knoll substation at Bicker Fen. Nexans will supply HVAC cable with two circuits each comprising three individual XLPE-insulated AC cables with an aluminum conductor.

Jointing works will be carried out by the teams of Nexans Subsea and Land Systems Business Group using purposely designed cable-jointing containers positioned on the joint bays built by J Murphy & Sons Ltd. This method was chosen by the partners to minimize setup constraints and further reinforce the safety and quality of the installation, Nexans said. To support the Triton Knoll project, Nexans will continue strengthening its local UK pool of staff including project, site and QHSE managers as well as chief jointers.

Murphy’s CEO John Murphy said: “The cable route presents an exciting engineering challenge for us and we’ve worked diligently and intelligently to create better engineered solutions that will allow us to deliver it with minimum disruption. We’re very proud to be working on Triton Knoll Offshore Wind Farm and with its project team, who are so firmly committed to leaving a positive legacy in Lincolnshire, an aim we share at Murphy.”

The Triton Knoll offshore wind farm, being developed by Innogy Renewables UK Ltd, in partnership with J-Power and Kansai Electric Power, will comprise 90 MHI Vestas 9.5MW wind turbines scheduled to be operational in 2021.

Triton Knoll Project Director Julian Garnsey said: “I am pleased to welcome Nexans on board with Triton Knoll via this key contract with Murphy, coming as the project enters full onshore construction. The onshore electrical system is clearly critical to delivering wind power from Triton Knoll’s world leading turbines into UK households, and Nexans’ cables will be at the heart of that.”

The HVAC export cable will be manufactured by Nexans Germany facility in Hanover, Germany, with the first cable drums scheduled for delivery in the first quarter of 2019, followed by jointing works planned for second quarter 2019. Commissioning and testing of the cable system is expected to take place in summer 2020.

“This new success showcases Nexans’ capacity to help customers meet the ongoing challenge of reducing the installed and operating cost per MWh of their wind farms thanks to the competitive design of Nexans’ cables as well as the technical expertise and jointing know-how of our teams,” said Laurent Guillaumin, Business Development Director – Offshore Wind Europe at Nexans. 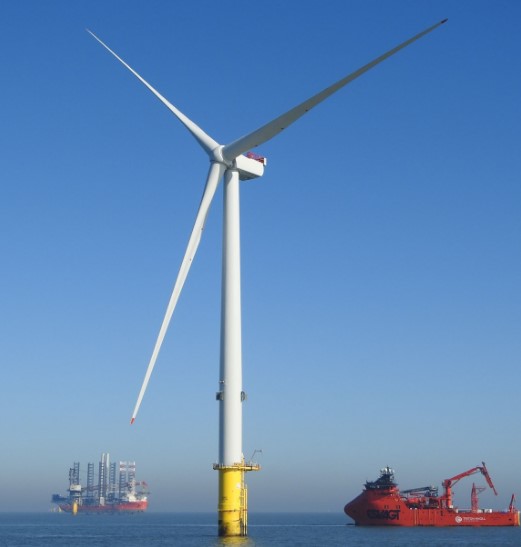