The commissioning of the Kriegers Flak Combined Grid Solution (CGS) between Germany and Denmark has been delayed until May 2019.

According to Danish grid operator Energinet, the construction work at the conversion station has been delayed primarily due to a heated German labor market, which brought a postponement in the completion of the onshore converter station near Rostock.

The commissioning of the 400MW offshore grid link was initially planned for the end of 2018 and was already delayed once to the first quarter of 2019.

Germany and Denmark both produce a surplus in wind causing bottlenecks and a reduction in available cross-border capacity, Energinet said, adding that a double conversion station in Bentwisch at Rostock will be built because the countries’ electrical systems are not in harmony.

As the countries are different synchronous areas, a frequency transformation is necessary and will be done by two voltage source converters (VSC) that convert AC from the Nordic area into DC and directly back to AC, now adapted to the European synchronous area.

In July, two offshore cables of the CGS were installed, connecting the platform of the Danish 605MW Kriegers Flak project with the platform at the German 288MW Baltic 2 offshore wind farm, operational since 2015.

The interconnection at Kriegers Flak is enabled by one of the two substations, the 400MW Kriegers Flak B, which accommodates the Kriegers Flak E module, installed at the beginning of May 2018.

The project received up to EUR 150 million funding from the European Energy Programme for Recovery. 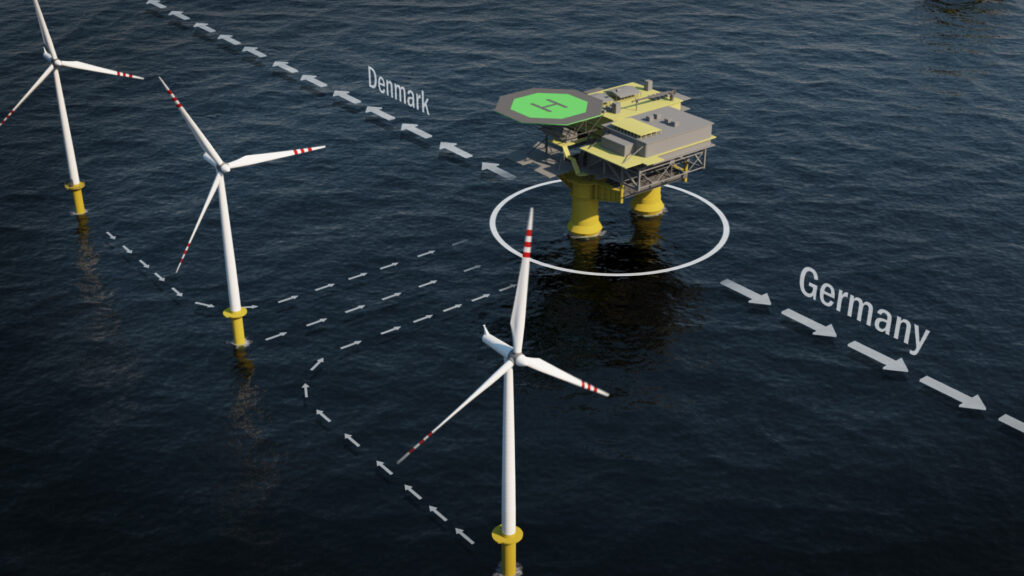