The wind farms will comprise up to 70 wind turbine generators each, with a total number of 120 turbines across both projects. The maximum height of the wind turbines will be 280 metres above Lowest Astronomical Tide.

The expected total capacity for each project has been increased from 525MW to approximately 750MW.

This will allow Seagreen to take advantage of advances in turbine design and monopile construction since Seagreen Alpha and Seagreen Bravo were originally consented in 2014, the developer said.

The application is supported by a full Environmental Impact Assessment (EIR) Report, including a Habitats Regulations Assessment (HRA) Report which has been completed in accordance with the Scottish Ministers Scoping Opinion in September 2017 and subsequent consultation with key stakeholder bodies.

A Non-Technical Summary is provided within the EIA Report to summarise the detailed assessments provided in the EIA Report technical chapters. Seagreen’s aim has been to ensure that, wherever possible, the optimised design delivers wind farm projects that have effects which are no greater than those identified in the original design consented in 2014.

Seagreen Wind, a joint venture partnership between SSE and Fluor Limited, is developing the two wind farms in the Firth of Forth Zone some 25km from the Angus coastline. The developer is preparing to bid in the next UK Contracts for Difference (CfD) auction in Spring 2019. 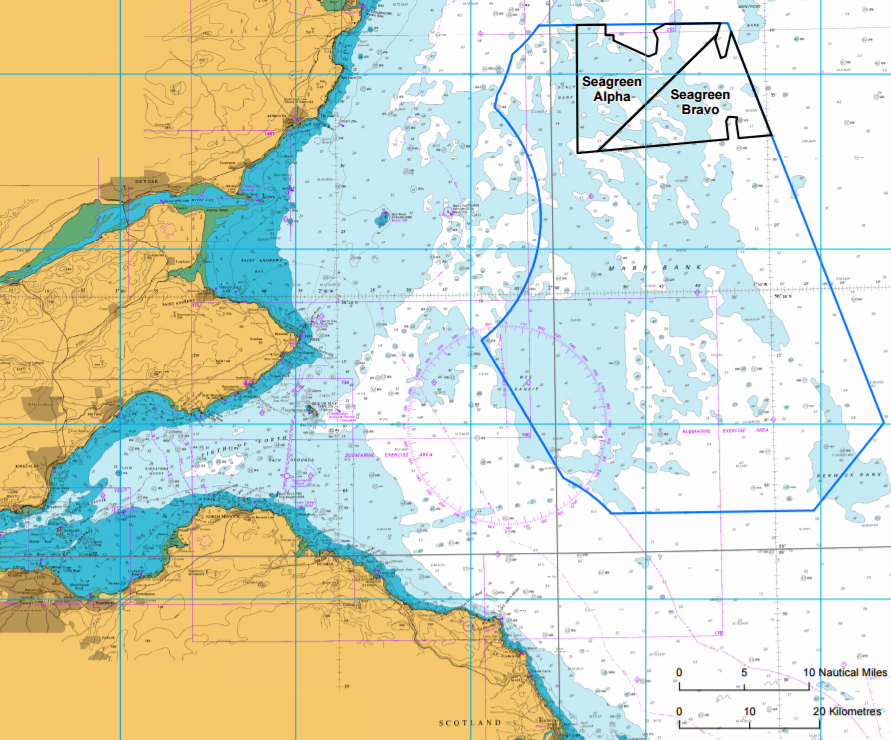