Ulstein Verft has contracted Uptime International to deliver its 30m access solution for the new service operation vessel (SOV) that will operate at the Merkur offshore wind farm in Germany.

The vessel, to be delivered in 2020, was recently ordered at Ulstein Verft by Bernhard Schulte Offshore, which entered a contract with GE Renewable Energy to provide the new-build SOV for maintenance operations at the offshore wind farm’s 66 Haliade 150-6MW turbines.

Uptime says its access system consists of a newly designed active motion-compensated gangway and an adjustable pedestal integration which will be mounted towards the elevator tower in the new Ulstein SX 195 SOV design type.

The interaction between the gangway and vessel will enable personnel and cargo transfer through the gangway in addition to the gangway also being used as a crane, according to Uptime.

Bjørnar Huse, the company’s Sales and Business Development Director, said that the newly-developed 30m autonomous gangway had new features such as autolanding, crane function and operator in the wheelhouse, and that it will be a game-changer as it increases workability and safety at a lower cost. 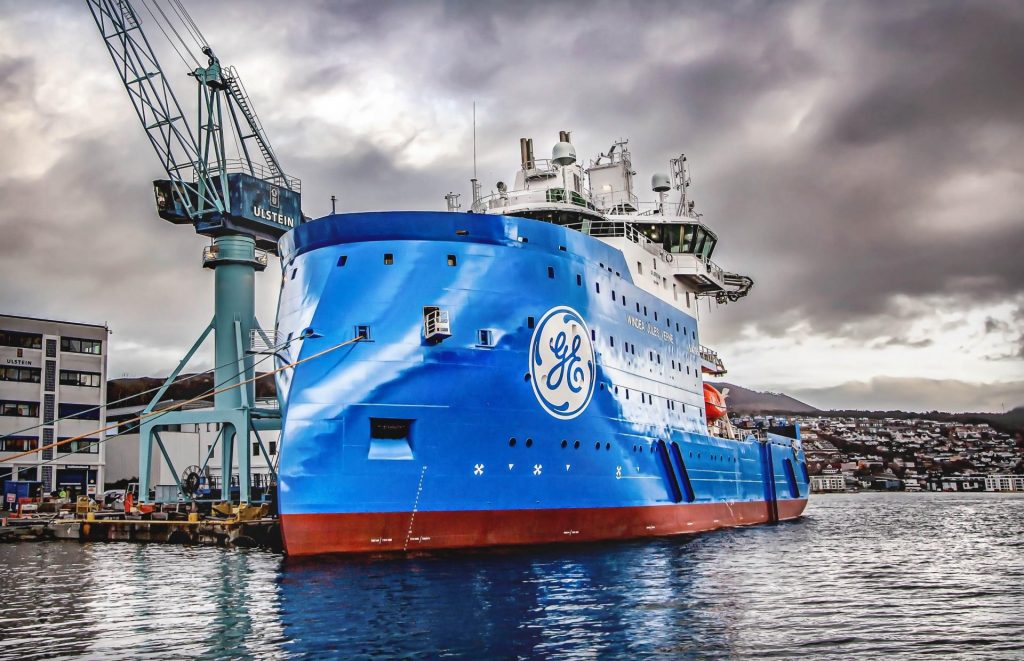