Norway plans to open two new areas for floating offshore wind on the Norwegian Continental Shelf this autumn, the country’s Minister of Petroleum and Energy Terje Søviknes said during the Energy Outlook conference held this week in Arendal.

Minister Søviknes made his comments on offshore wind during his opening presentation at the annual conference hosted by GCE NODE, The Norwegian Oil and Gas Association, and The Federation of Norwegian Industries.

“The industry has called for a demonstration and pilot facility. It will be a place to innovate and learn, enabling Norwegian technology and competence to develop in order to compete in a quickly evolving and growing global market,” said Søviknes.

The electricity produced by the offshore wind turbines in the areas will be used to power existing oil and gas platforms and will not be fed into the national grid. In his remarks, Søviknes referred to Equinor as the developer of the projects.

“For Equinor, there are two main drivers. One is to further develop offshore wind competence. The other is to reduce emissions by replacing gas with wind as a source of power generation for a platform,” Søviknes said.

Equinor is the owner, together with Masdar, developer and operator of the world’s first commercial floating wind farm, the 30MW Hywind Scotland.

“The results from Equinor’s Hywind project are very encouraging, and a Norwegian floating wind farm would reinforce our position in this market,” said Søviknes.

“Offshore wind technology development gained momentum between 2010 and 2013. At that time, Norwegian engineers were busy serving the oil and gas industry, which experienced record price levels. Hence, a lot of Norwegian companies never took part in offshore wind development, thus falling behind and currently having a hard time catching up,” Rummelhoff said. 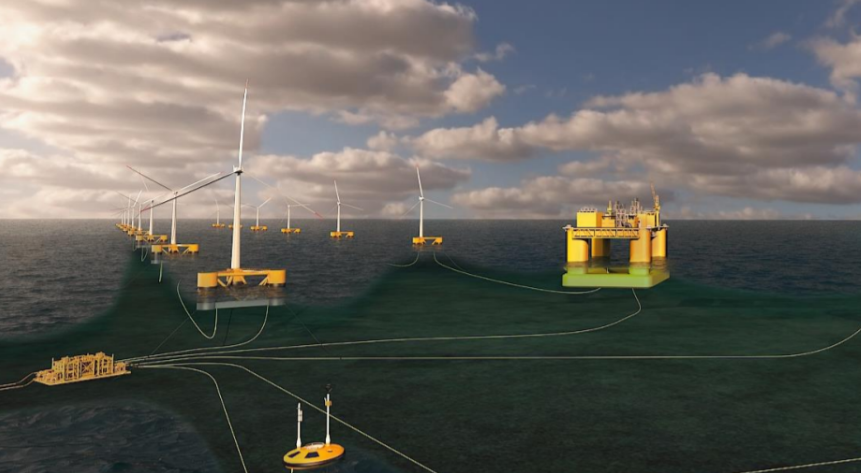