Mobilized on the offshore supply vessel Rem Saltire, Dig-It is carrying out the works as part of Van Oord’s cable installation campaign which its cable laying vessel Nexus commenced in mid-April.

The Dig-It, also known as Q Trencher 1600, has a total installed power of 1,200kW and can bury cables down to a depth of up to 3m, depending on the configuration and soil characteristics, the company said.

According to Van Oord, the vehicle can be operated in two different modes, jetting and chain cutting, while the tracks are its primary method of propulsion.

The cable installation works are expected to finish in July this year, with the connection to the converter platform DolWin3 following about one month later.

A total of 110km of cables will be laid on Borkum Riffgrund 2 to connect its 56 MHI Vestas 8MW wind turbines with the offshore substation, in addition to a cable connecting the wind farm to the nearby Borkum Riffgrund 1 offshore wind project.

The 450MW Borkum Riffgrund 2 offshore wind farm, currently being built 54km off the coast of Lower Saxony in German, is expected to be fully commissioned in 2019. 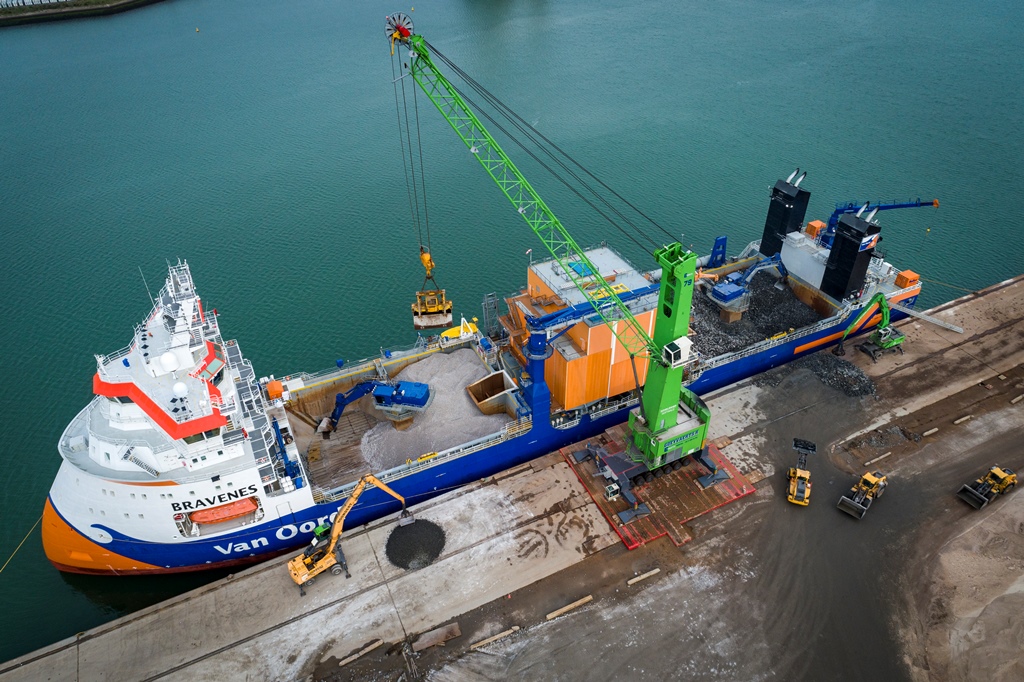