The installation works began in early January with the fitting of the 3D motion compensated crane and access & cargo tower.

SMST’s personnel is at the Ulstein Verft for installation, commissioning and testing of all delivered equipment.

According to SMST, by incorporating the motion compensated knuckle boom crane, Acta Marine increases the operational workability of the Acta Auriga, built to Ulstein’s SX195 design.

The motion compensated knuckle performs 3D compensated lifts up to six tons and provides a large operational window enabling the vessel and its crew to operate in harsh sea conditions of up to Hs 3.0 meters, the company said.

The access & cargo tower, combining a gangway and elevator, enables safe and stepless transfer of personnel and cargo from vessel to offshore structure up to a wave height of three meters, SMST said, adding that the landing height adjustment system of the tower travels to platform heights up to 23 meters.

Acta Auriga is scheduled for delivery by the end of Q1 2018, after which it will undergo trials and start its first work at Ocean Breeze Energy’s Bard Offshore 1 wind farm in the German North Sea. 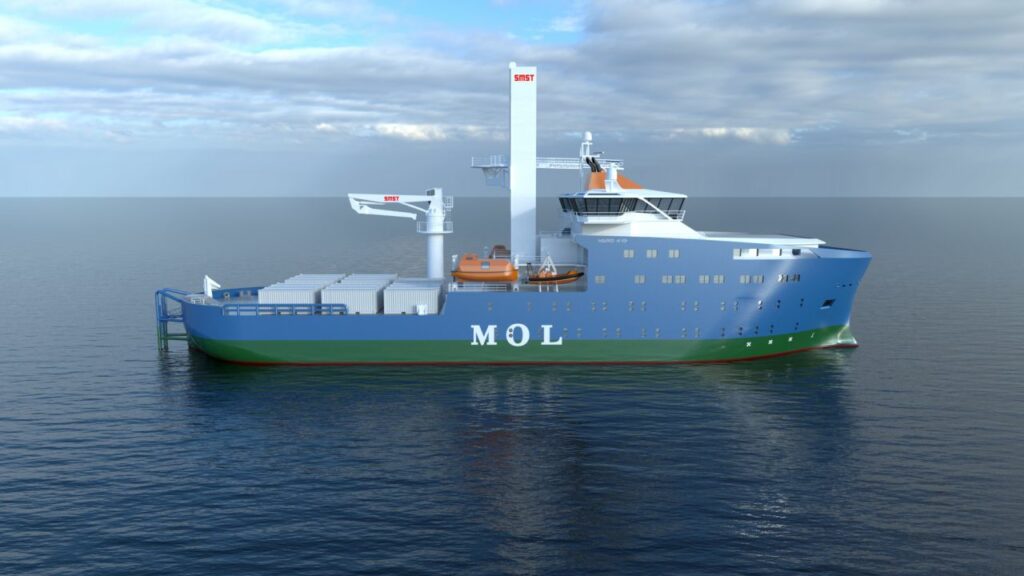