GeoSea’s jack-up Innovation has loaded the first set of monopile foundations in Vlissingen (Flushing), the Netherlands, and is now en route to install them on Ørsted’s 1.2GW Hornsea Project One wind farm off the UK, DEME said.

In total, the Innovation will install 174 monopile foundations, produced by EEW SPC, at the site located some 120 kilometres off the coast of Yorkshire, according to DEME.

EEW OSB will manufacture 86, Bladt Industries 68, and Steelwind Nordenham with the Teesside-based Wilton Engineering 20 transition pieces for the project.

The Hornsea Project One wind farm will comprise 174 Siemens 7MW wind turbines, three offshore substations and a reactive compensation substation (RCS). Once fully operational in 2020, it will be the largest offshore wind farm in the world.

Ørsted is the sole owner of Hornsea One. The company also has the project rights to the Hornsea Project Two and Three, which have the potential of further 3GW offshore wind power capacity in total. 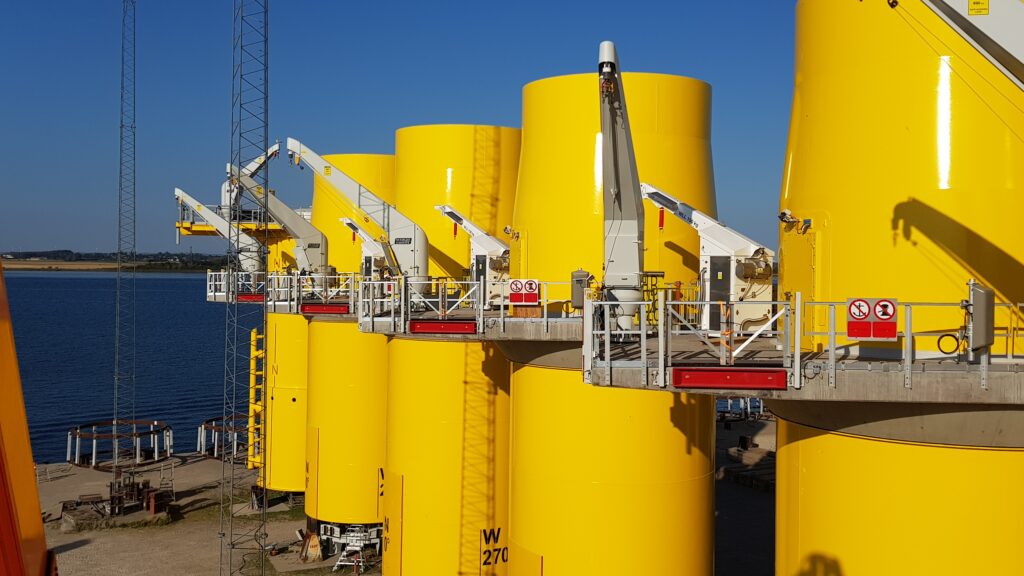