Sif has started the production of monopile foundations and has produced half of the primary steel for the transition pieces (TPs) to be installed on the 370MW Norther offshore wind farm located in the Belgian North Sea.

The works are being carried out at Sif’s Roermond factory in the Netherlands, while the assembly of cans and cones is planned to start by the end of November at the company’s assembly and coating facility at the Maasvlakte 2 terminal in the Port of Rotterdam.

The monopiles will be coated and stored at Maasvlakte 2 as well, with the complete foundations scheduled to be completed and delivered free alongside ship (FAS) from 1 May 2018 and picked up by Van Oord’s installation vessel Aeolus.

According to Sif, this will be the first time that a Dutch installation vessel will load out from the Maasvlakte 2 terminal.

In January, Van Oord, the Balance of Plant contractor for the wind farm, awarded Sif with a contract, under which Sif is in charge of producing all 44 monopiles and a pile for the Offshore High Voltage Station (OHVS), as well as all TPs in cooperation with Smulders.

For the TPs, Sif is producing the primary steel and Smulders is in charge of the outfitting.

The Norther offshore wind farm, located approximately 23km from the port of Zeebrugge, will feature 44 MHI Vestas V164-8.0MW turbines optimized to be able to deliver a maximum output of 8.4MW.

The construction is expected to start in 2018, and when commissioned in 2019, Norther will be Belgium’s largest wind farm.

The project is owned by Norther N.V., a joint venture between Elicio and Boreas with three sponsors: Elicio N.V. (50%), Eneco (25%) and Mitsubishi Corporation (25%). 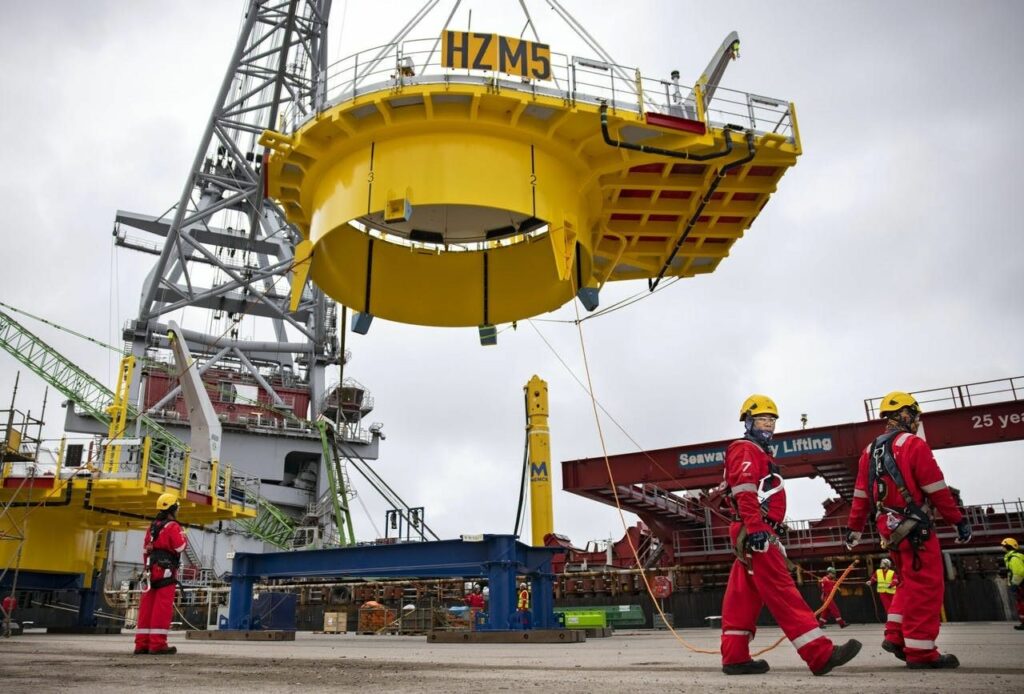