The crew transfer vessel may be delivered in a standard or in a high-performance version. Both versions are said to ”have equally unmatched speed and seakeeping capabilities, and offer superior fuel economy, reducing environmental impact and downtime, and increasing overall productivity.”

The CTV maintains the performance even in high sea states and can transport crews at sprint speed of 58+ knots, the designer said.

“The market has been waiting for this,” said Are Søreng, Vice President of Sales and Marketing at Umoe Mandal.

“Any operator that is shuttling crew by helicopter today is thinking about reducing their use. Not only can we offer a commercially-viable alternative to helicopters, WAVECRAFT™ Voyager really doesn’t have an equivalent vessel in the market for comparison.”

The vessel is designed as an air-cushion catamaran, based on surface-effect ship technology (SES).

Utilizing an active vertical motion damping system, WAVECRAFT Voyager allows for reaching the offshore installations even when the distance from harbour is far and the weather for safe operations is narrow in almost half the time compared to alternative vessels, according to Umoe Mandal. 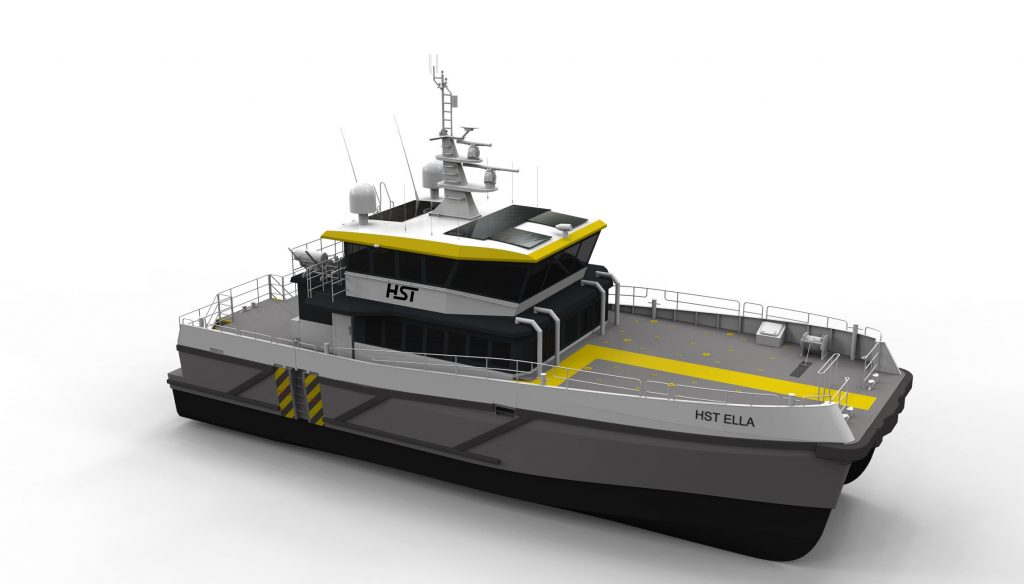