Nylon mooring lines have been qualified for long term application on floating wind farms after recent tests demonstrated the effectiveness and the cost-reduction potential of these synthetic mooring components, the companies behind the project said.

A Joint Industry Project (JIP) funded by the Scottish Government and administered by the Carbon Trust, under the Marine Renewables Commercialisation Fund (MRCF), has combined the efforts of nine European organisations with the objective of testing and qualifying the new nylon mooring components.

The developers say that in comparison with expensive and heavy conventional chain-based mooring systems, the use of nylon can be considered as a cost-effective solution in shallower water depths.

A European JIP, composed of Tension Technology International, project leader and expert in synthetic rope development and testing, the rope manufacturer Bridon International, Ideol, Bluewater Energy Services, DNV-GL and Lloyd’s Register (LR) has been set up for qualifying nylon via a rope testing programme so that it can be deployed safely and certified for permanent moorings.

The JIP has also developed new modelling methodologies for nylon rope. As part of this JIP, textiles gravity anchor bags have also been developed in partnership with Vryhof and TenCate, with sea trials conducted by University of Exeter. These are said to be a cost-effective option for umbilical system stabilization in wind, as well as a solution in anchor tidal power applications and other marine energy devices which face challenges of seabed anchoring. 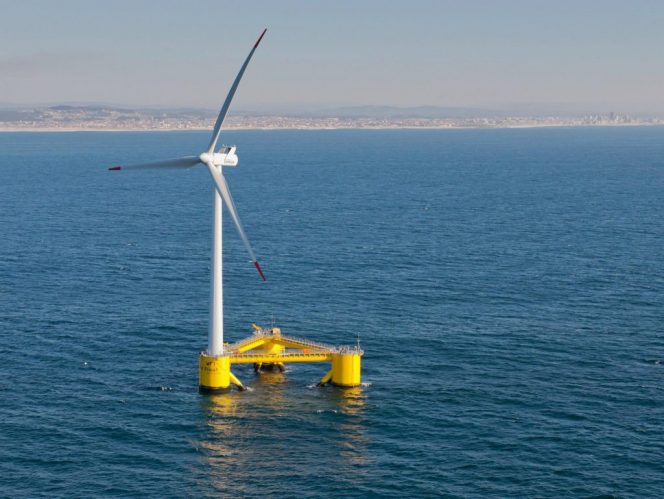