Offshore WIND spoke to James Strong, Business Development Director at Reflex Marine, a company looking for new ways of personnel and cargo transfer between wind turbines and vessels, and one of the developers of a guidance document for personnel crane transfer, released in 2016.

The company has been supporting the offshore wind industry for over six years now and has provided more than 30 crane transfer carriers which enable moving the personnel between jack-ups and supporting vessels during construction of projects.

Aside from its system already in use, Reflex Marine has been working on three devices that will serve the offshore wind industry.

Osprey, a new concept developed in collaboration with industry experts, brings together a crew transfer carrier, a winch system, and a vessel. It has been designed for use in the operations and maintenance phase.

The Osprey system only requires the vessel to have a suitable landing area and a station-keeping ability. The same platform crane is used for personnel and cargo transfers, with the crane adapted for remote control from the vessel.

“We see vessel access as quite important with wind farms moving farther from shore,” Strong said.

Speaking about the new concept, he said that, when compared to other approaches in crew transfer such as using helicopters or walk-to-work vessels, having a smaller vessel accommodating an advanced access system can be more cost-efficient. “For example, the walk-to-work solution usually requires quite a large vessel to accommodate the access system, whereas with Osprey you can have a smaller vessel, as long as it has got a suitable landing area.”

Strong pointed out that smaller vessels have an advantage over helicopters as they can move cargo and personnel in a more efficient way.

When asked about the challenges within the industry when it comes to crew transfer, Strong said: “In terms of wind energy and offshore access requirements, I think that the main challenge for the industry, as it moves forward, will be the fact that turbines are growing in size and moving further away from the shore. And clearly, what comes with that is the challenge in terms of weather and operating envelopes, so the main thing is to be able to appropriately assess the crew transfer systems available and then to apply them to that particular field.”

Reflex Marine has also been developing a new cargo handling solution. James Strong said the company’s take on the traditional cargo container is more lightweight and offers impact protection to make it safer and to protect the cargo in it.

Furthermore, the company is working on a new workbasket that will incorporate the safety features that were developed with its crew transfer carrier, meaning it will have safety features built in to “design out” risks of falling, side impacts, heavy landing and immersion.

The company has been involved in the oil and gas industry prior to entering the offshore wind market, and Offshore WIND wanted to know about the experience from oil and gas being used in Reflex Marine’s offshore wind approach, as well as about differences in operating in the two sectors.

“We are trying to apply the knowledge we have gained in the oil and gas industry,” Strong said. “I think the most unique element for us, and the main difference, is that wind installations are normally unmanned, while with the oil and gas area we work on the installations which have permanent personnel onboard. With wind turbines, it is mainly about the fact that they need to be accessed for either routine or ad hoc maintenance.”

On the offshore wind sector itself, James Strong said that it has been a very important part of the company. “We’ve always looked to support the wind energy industry and I think Reflex Marine has expertise that can be applied there. We are very excited that the developments are moving forward. Obviously, there is a lot of focus on the efficiency and safety of access and that is where we believe we can assist the industry.” 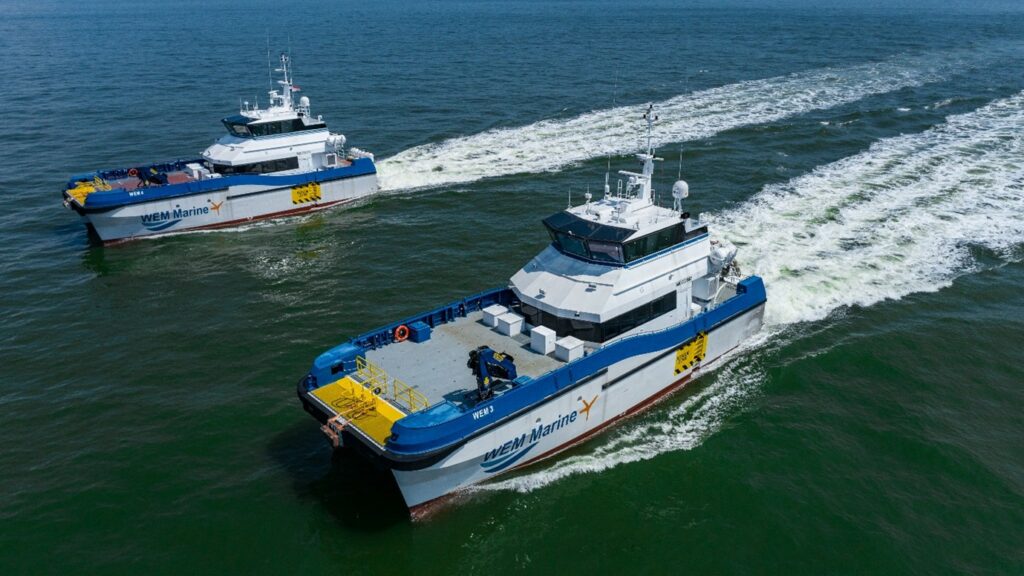