The European Commission (EC) has approved support to the Rentel and Norther offshore wind projects along with authorising Belgian plans to finance electricity generation from offshore renewables.

The EC found that that Belgian scheme and the two offshore wind projects are in line with the 2014 Guidelines on State Aid for Environmental Protection and Energy. They will increase the proportion of green electricity and reduce pollution, while limiting distortions of competition due to the state support, and help Belgium to meet its 2020 target of producing 13% of its energy needs from renewable sources, according to the Commission.

Under the Belgian scheme, operators will receive certificates for offshore energy produced from renewable energy sources from the federal energy regulator (CREG). The operators can then sell these certificates to the transmission system operator Elia at a premium on top of the price they receive for electricity sold on the market. The support scheme is financed by a surcharge that is finally paid by electricity consumers.

To avoid any discrimination against foreign renewable energy producers resulting from the financing mechanism, Belgium has committed to partially opening up the scheme, as of 1 January 2017, to foreign producers of electricity from renewable resources.

Belgium will support the construction of the Rentel and Norther wind farms under the scheme, meaning they will also receive certificates for energy produced, which they can sell to Elia at a premium on top of the price they receive for electricity sold on the market.

The two projects will be partly financed by the European Investment Bank under the European Fund for Strategic Investments (EFSI). Both Rentel and Norther are signed up to receive EUR 250 million each from EFSI.

In June, Belgian Council of Ministers approved a draft bill to amend the system of granting green certificates for electricity produced by wind farms in the North Sea. The mechanism for granting of green certificates concerns provides for an LCOE (Levelized Cost of Energy) of EUR 124/MWh for Norther and EUR 129.8/MWh for Rentel.

Rentel OWF will comprise 42 Siemens 7MW offshore wind turbines, installed some 34 kilometres from Zeebrugge and approximately 40 kilometres from Oostende. The project is expected to be completed by the end of 2018.

The Norther offshore wind farm, located approximately 22 kilometres off the coast of Zeebrugge, will comprise up to 44 MHI Vestas 8MW turbines and is expected to be operational by early 2019. 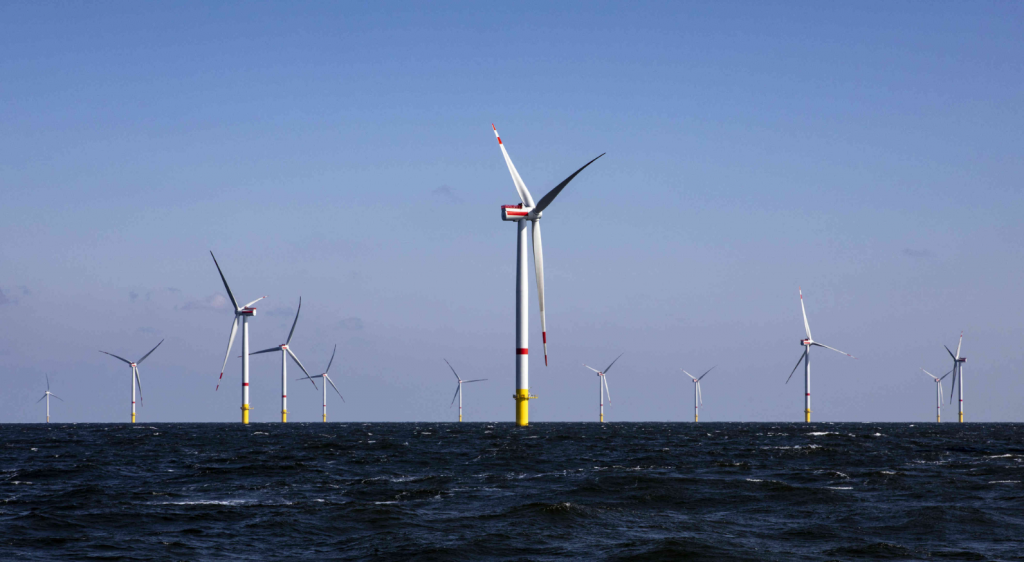