EIB Backs Beatrice with Its Largest Ever Offshore Wind Investment

The European Investment Bank (EIB) has agreed to provide GBP 525 million for construction of the 588MW Beatrice wind farm off Scotland, representing the single largest support ever for investment in an offshore wind project by the bank.

The 19-year, long-term loan will support more than GBP 2.7 billion of overall investment. Part of the European Investment Bank loan will be guaranteed under the new European Fund for Strategic Investments (EFSI).

“Investment in offshore wind is crucial to harnessing the full potential of Scotland’s renewable energy resources. The European Investment Bank is one of the world’s largest lenders for renewable energy and our backing for Beatrice represents the EIB’s largest ever support for offshore wind investment. We are pleased to provide GBP 525 million to support construction of the Beatrice windfarm that will strengthen renewable energy generation in Scotland. This also represents the first Scottish scheme to be backed by the new European Fund for Strategic Investments. EIB backing for energy investment across the UK demonstrates our firm commitment to supporting ambitious energy projects that create jobs and benefit local companies,” said Jonathan Taylor, EIB Vice President.

The 84 turbine Beatrice wind farm will be built 14 kilometres off the Caithness coast and is expected to be fully operational in 2019. It will be built by Beatrice Offshore Windfarm Limited, a partnership formed between SSE, SDIC Power and Copenhagen Infrastructure Partners.

The Beatrice wind farm will use a new generation of Siemens 7MW Wind Turbines with 154-meter diameter rotor blades. The wind turbines, the largest generally available, will each be more than 190 metres high, taller than the Gherkin building in the City of London. The wind farm will be controlled and operated from a base at Wick, with access to the wind farm primarily by Crew Transfer Vessel as well as by helicopters.

“The Beatrice Offshore Windfarm has the opportunity to deliver so much to Caithness and Scotland as a whole, in terms of employment and community benefit. Scotland’s renewables sector is stronger than ever and our early adoption of clean, green energy technology and infrastructure was the right thing to do. Renewables are now Scotland’s biggest electricity generator, and nearly half of gross electricity consumption comes from renewables. Scotland is well on course to meet its interim renewables target and is delivering a strong contribution to global climate efforts. I look forward to this project contributing to our green energy mix,” said Paul Wheelhouse, Minister for Business, Innovation & Energy in the Scottish Government. 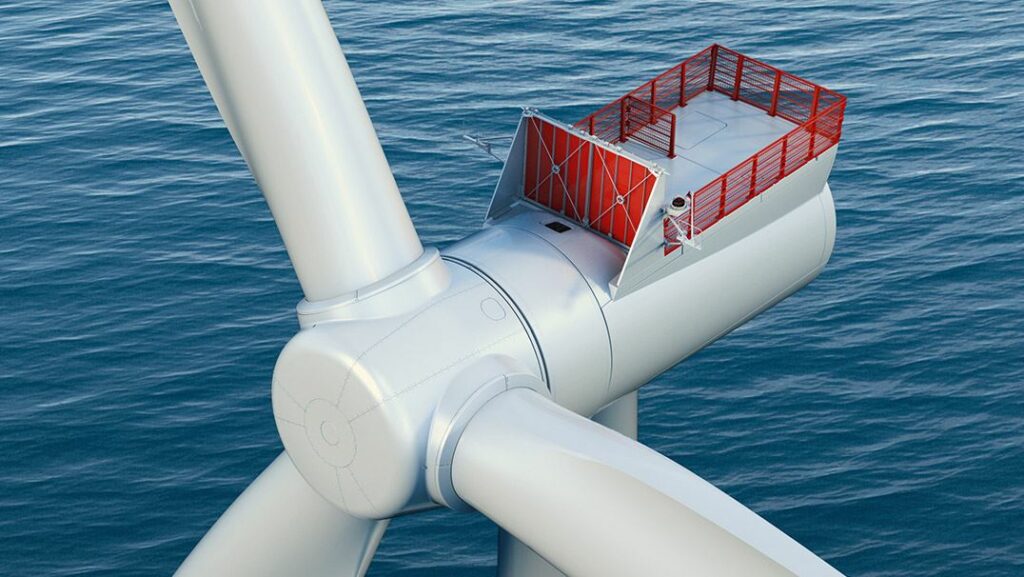