Dutch research institute TNO has measured underwater noise levels during pile driving trials conducted by Fistuca on a testpile, during which BLUE Hammer device demonstrated that very low noise levels can be achieved.

All underwater sound levels measured during these tests were far below the most stringent industry limits that currently apply (in German waters), according to Fistuca.

In order to protect marine wildlife, strict rules apply to the offshore construction noise. The costs of reducing pile driving noise can represent up to 15% of the installation costs.

Jasper Winkes, Director of Fistuca BV: “Given the conditions under which we measured these very low noise levels, we expect to exceed noise reductions of 20 decibel on the SEL values, when compared to conventional hydraulic hammers. This would allow contractors to save millions of euros in noise mitigation, while reducing installation risks.”

BLUE Piling Technology employs a large water column to drive a pile in the soil, instead of the steel ram used by conventional hammers, Fistuca explained. A combustion throws up this water column, which falls back on the pile under the force of gravity, hence delivering two blows. This cycle is repeated until the pile reaches the desired depth. 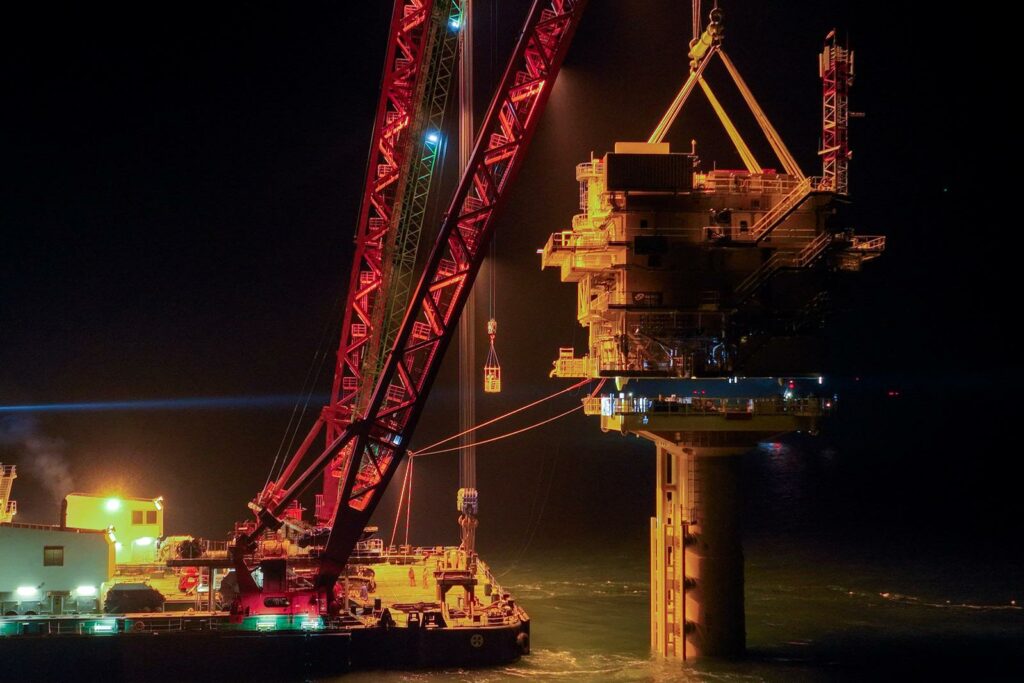