New Jersey may have lost the race to build the first offshore wind facility in the nation, but the potential for offshore wind power production is still highest off the Jersey Shore, according to a new report by Environment New Jersey Research and Policy Center report.

Using data from the US National Renewable Energy Laboratory, the report, titled ‘Turning to the Wind,’ shows that as much as 1,700 MW of wind power could be built in the state in the next 5 years with the right policies in place, enough to power more than half a million homes and eliminate more than 5 million metric tons of carbon pollution.

The report also shows that carbon pollution equal to 1.1 million cars could be eliminated by 2020 with a rapid expansion in wind power off the Jersey Shore.

The current expansion of offshore wind has been stymied by the New Jersey Governor Chris Christie Administration’s Board of Public Utilities (BPU), which, according to Environment New Jersey, has consistently failed to move forward on offshore wind since Christie signed legislation in 2010.

“Offshore wind’s potential off the Jersey Shore is still incredibly strong. We have one of the worst potential for onshore wind, but the promise offshore of Atlantic City remains an untapped jackpot,” said Doug O’Malley, director of Environment New Jersey.

“The BPU continues to cast aspersions on offshore wind, but the Christie Administration shouldn’t continue to ignore this resource.”

The report release comes on the heels of lame duck legislation action on legislation to require the BPU to provide a 30-day window for applications for an offshore wind project off Atlantic City. The legislation (S2711/A4128) passed the Assembly by a 48-21 vote on December 17 and will likely receive a vote in the State Senate before the end of the session on January 11. The bill would directly benefit Fishermen’s Energy, a Cape May County-based company that has proposed a 25MW project off Atlantic City.

“New Jersey can and should be a leader in offshore wind energy, but we can’t drag our feet any longer. We strongly urge the Governor to sign this bill into law so we can invest in renewable energy and grow our economy,” said Senator Jim Whelan (D-2), a prime sponsor of the legislation.

Both the Legislature and the governor approved a plan for the state’s first major offshore wind farm in 2010. The Fishermen’s Energy’s long-delayed project, would construct 25-megawatt wind farm three miles off Atlantic City, could generate more than 500 jobs to the area, already received a USD 47 million Department of Energy grant and could be constructed in only two years, Environment New Jersey says.

“New Jersey has the potential to be a national leader in wind energy, starting right here in Atlantic City. Creating jobs so we can green our economy and our environment should be a priority. Now is the time for the Governor to put politics aside and keep the promises he made in 2010 when he signed the Offshore Wind Act,” said Assemblyman Vince Mazzeo (D-2), a prime sponsor of the legislation.

Offshore wind is a key component to meeting the state’s renewable portfolio standard requirement of generating 22.5% renewable energy by 2021.

In November, the Bureau of Ocean Energy Management (BOEM) successfully auctioned off the two wind energy areas off the Jersey Shore totaling 344,000 acres. The off-shore wind leases were awarded to Res Americas and U.S. Wind Inc. and the final total sale price was nearly USD 2 million. The wind energy area begins about seven nautical miles off the coast from Atlantic City and extend 21 nautical miles off the Shore. 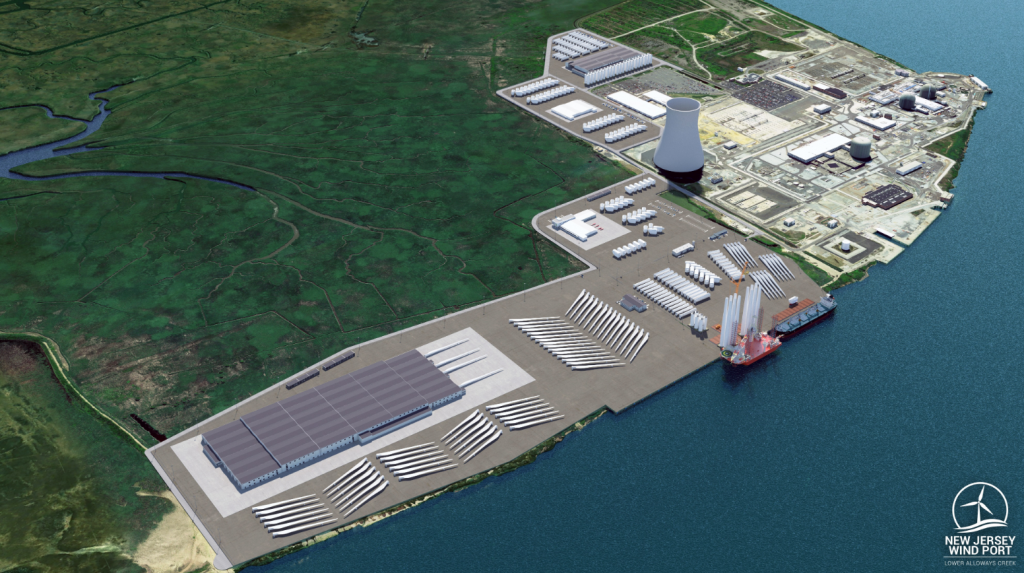