The Wave Craft Surface Effect Ship Umoe Ventus sank yesterday after catching fire off Langeland, while en route to Bagenkop, according to local media and the police.

Thick smoke and fire forced the four crew members aboard Umoe Ventus at the time of the accident to deploy a life raft. All four persons were later on picked up by a passing fishing boat. They were transferred to a local hospital to undergo treatment for inhaling potentially toxic fumes.

The fire had reportedly started in the engine room, subsequently spreading to the fiberglass body of the 27-meter vessel.

The vessel was reportedly adrift and burning for an hour before capsizing in the rocky shallows some 200 meters off the coast.

The fire and the smoke have subsided today. Authorities have advised local residents to seek assistance should they feel any effects from smoke inhalation.

Umoe Ventus is managed by Valling Ship Management, and was employed on the Borkum Riffgrund 1 offshore wind farm under a contract with Dong Energy.

The vessel was christened in February this year, starting the charter with Dong Energy in March.

Valling Ship Management has not responded to our inquiries about the accident yet. 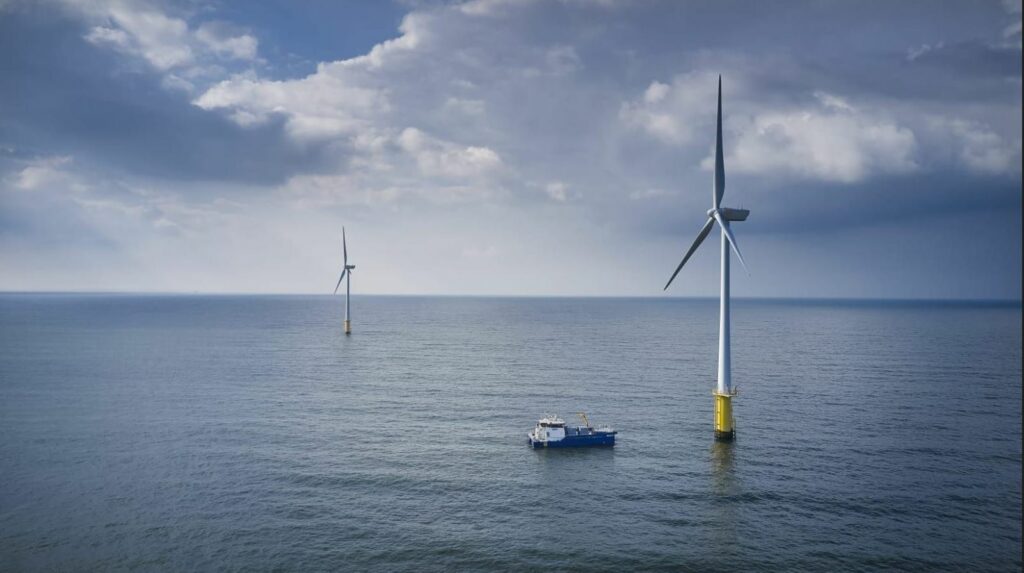