LM Wind Power and the Offshore Renewable Energy (ORE) Catapult are collaborating on a new blade testing method that could help reduce overall blade test times by up to 25% and potentially almost halve the time for the fatigue-testing alone.

Testing of critical components, like wind turbine blades, often lasts several months to simulate 20-25 years of lifetime. The project, initiated by ORE Catapult, aims to optimize the test design and develop a faster and even more precise method for conducting the flapwise and edgewise fatigue testing simultaneously on the same blade.

According to the project partners, this new test method will also have significant benefits in terms of time reductions and cost advantages, not least for the larger blades for offshore. The fatigue analysis software, developed by ORE Catapult in collaboration with Durham University and utilizing extensive data from LM Wind Power, was recently certified by DNV GL.

The program is now moving into the testing phase, for which LM Wind Power has delivered a 40.3 meter blade that will undergo full-scale testing using the bi-axial testing technology at ORE Catapult’s facility in Blyth, Northumberland in the UK.

“It is crucial that we continue to innovate and improve in every stage of the development and manufacture of offshore wind turbines to reduce the Levelized Cost of Energy (LCOE) and ensure the expansion of offshore wind in the UK, Europe and beyond,” said LM Wind Power’s VP Offshore, Alexis Crama.

ORE Catapult Director of Innovation & Research, Ignacio Marti, added: “Great strides have been made in reducing the cost of offshore wind generation, but it is only through world-class, collaborative innovation and research such as this exciting project that we will continue to deliver such progress, to ensure a secure, affordable low-carbon energy supply and considerable economic benefit.” 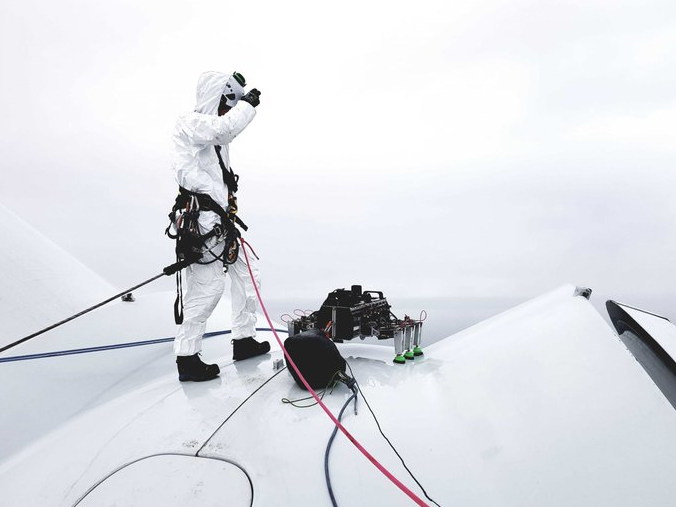