WindEnergy Hamburg was opened on Monday evening by Sigmar Gabriel, Federal Minister for Economic Affairs and Energy, and Vice-Chancellor of Germany. This is the premiere for WindEnergy at the Hamburg Fair site.

“Wind power has established itself worldwide, both as an economically viable industry and as a major element in energy policy,” said Sigmar Gabriel. “That is a great success and not least the result of the amazing development which has taken place over the last 20 years, especially in Germany.”

WindEnergy Hamburg, from 23 to 26 September, is the ideal platform for dialogue and presentations by the global industry, showcasing their innovations, new technologies and services for the whole of the wind industry, both onshore and offshore. More than 1,200 exhibitors are there from over 30 countries, covering the whole of the value chain. There are 18 national pavilions bringing together the companies from individual countries, including Denmark, Turkey, the USA, Japan and China.

“We are delighted at this tremendous level of interest. It demonstrates that the industry is taking an active part in setting the course for its new global meeting point and its discussion platform,” said Bernd Aufderheide, President and CEO Hamburg Messe und Congress, at the press conference on the Fair site, before proceeding to the official opening ceremony in Hamburg City Hall. The figures speak very clearly for themselves: “WindEnergy Hamburg is the biggest wind industry event ever!”

Wind energy as the “workhorse” of the German Energiewende

The conversion of the energy supply system in Germany will put onshore and offshore wind power at the centre of interest in the coming decades, said Sigmar Gabriel: “Wind energy is the workhorse of the German Energiewende.” He described the Energiewende (Energy Transition) as one of the key economic and energy projects for Germany, and referred to economies of scale and system integration of wind energy in conventional energy supplies as major challenges, adding that he was optimistic about achieving them.

“I hope we are moving into the phase of industrialisation in offshore wind energy, and thus into the part of the learning curve where substantial economies of scale can be achieved.” He noted that the German wind energy market was already a leading international market.

Steve Sawyer, Secretary General of the Global Wind Energy Council (GWEC), shared this view at the press conference, saying: “Germany’s Energiewende is a great inspiration for many countries worldwide.” He also feels that cost reduction is the most important success factor for the future of the wind industry – alongside energy security and combating climate change, which were the major factors motivating wind energy in the trailblazing countries 10 or 15 years ago.

“Led by China, the global wind market is moving forward more and more powerfully,” said Sawyer, who also mentioned the strong advances in boom markets such as Brazil, Mexico and South Africa – “Wind energy is cheaper there than hydro, cheaper than coal, cheaper than gas.”

More and more new markets have developed in Asia (especially India), Africa and Latin America. “No-one would have expected them ten years ago,” said the GWEC Secretary General. Nevertheless, he appealed to the Vice-Chancellor to ensure that Germany acts not only as a technology leader, but also as a political leader putting its own weight behind wind energy in the EU and worldwide. “It is vitally important that you should take the time to do that,” he said directly to Sigmar Gabriel.

The international experts are now looking with optimism towards WindEnergy Hamburg, where the globally leading manufacturers are presenting their innovations. Many of these companies contribute to Hamburg’s role as the capital of the wind industry – they have set up their head offices in Hamburg and control major projects from here.

“The fact that exhibitors are here from more than 30 countries underscores that this really is the leading international fair of the wind industry,” said Gabriel. And Bernd Aufderheide, CEO at Hamburg Messe, agreed with him – “Germany plays an essential part in the global context. So the industry has its new meeting point at one of the strongest markets for the wind industry at WindEnergy Hamburg.”

Visitor delegations from 20 countries have announced their presence, with representatives of government and business, making use of the comprehensive range of information and the international contact opportunities at the Fair. Thus visitor groups will be coming to WindEnergy Hamburg from wind industry markets such as the USA, China and India. Interest is particularly high from countries of South and Central America, with delegations from seven countries. And visitor groups are also expected from Japan and the Ukraine. 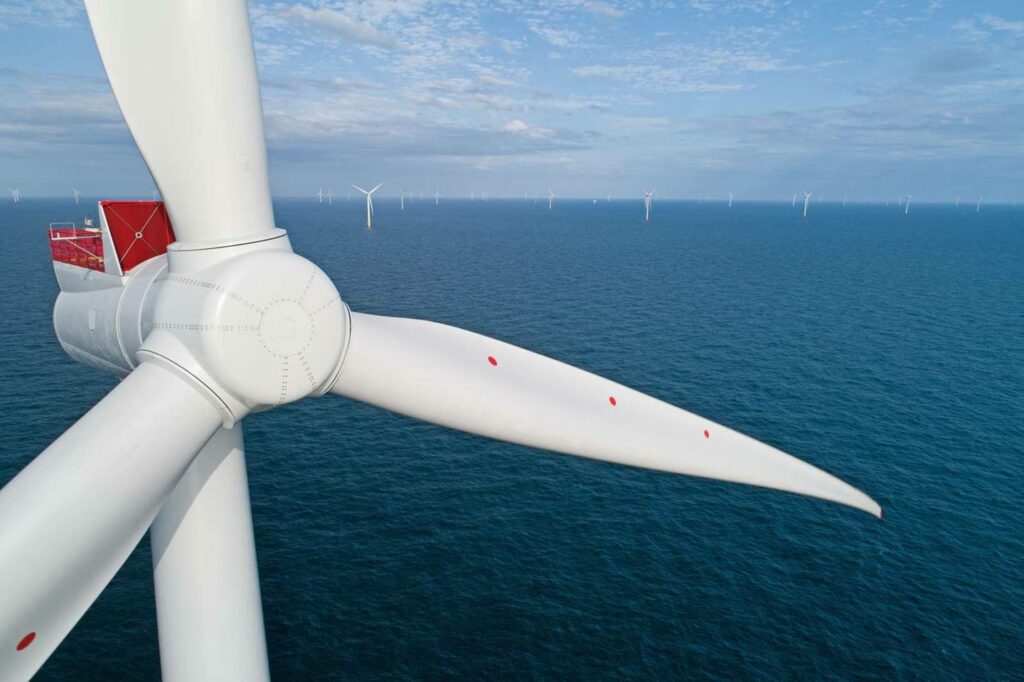