Year has gone by since Her Majesty Queen Margrethe II and the Prince Consort inaugurated Anholt Offshore Wind Farm on a very calm day in September last year in the presence of the Danish Prime Minister Helle Thorning-Schmidt. Since then, the wind turbines at the Anholt Offshore Wind Farm have picked up speed, and electricity corresponding to the annual consumption of more than 400,000 Danish households has been sent onshore.

Leif Winther, Lead Asset Manager in DONG Energy, said: “When we inaugurated the wind farm in September last year, the wind was barely capable of making the blades spin. But since then, the wind turbines have delivered a very high electricity production.”

Torben Möger Pedersen, CEO in PensionDanmark said, ”Anholt Offshore Wind Farm meets the criteria set for an alternative investment. The risks are limited, operation is secure and, the production from the wind farm is independent from the economical state of the market. In this first year, the investment has paid off the expected return to the members and it will continue to do so in the years to come.”

Peter Damgaard Jensen, CEO in PKA said, ”Anholt Offshore Wind Farm was the first offshore wind farm that PKA invested in and, we are proud of being a part of the biggest and cleanest energy supplier in Denmark, delivering clean energy to the homes in Denmark. We invested in the wind farm because we wanted to gain a return to our members and, at the same time, contribute to the development of a better environment globally.”

The 111 wind turbines at Anholt Offshore Wind Farm have had an availability of approximately 97 per cent meaning  that 97 per cent of the time the wind turbines have been ready to generate electricity. According to Leif Winther, this performance is very impressive for the first year of production for an offshore wind farm where a certain ramping-up period is to be expected.

Winther continued: “I’m not surprised that the wind turbines have delivered the way they have. After successfully constructing the project, we had high expectations for the wind farm, and the high availability is especially due to an exemplary cooperation between those of our colleagues who have designed and constructed the wind farm and the colleagues who have been in charge of operations afterwards.”

In addition to  high production, Anholt Offshore Wind Farm has also delivered upward regulation as the first of DONG Energy’s wind farms everA few times at short notice, the wind farm has been activated without financial subsidy in situations where the market price of electricity has been negative and more electricity was required in the grid. Winther explained: “It’s a huge step forward for offshore wind power. In this way, we have the possibility of contributing to the stability of the Danish grid with the Anholt Offshore Wind Farm.”

One year without accidents

Claus Poulsen, Manager in DONG Energy said: “Since the commissioning in April 2013, we’ve ensured a workplace without any lost time injuries which is due to the fact that, safety is a top priority among the management team, employees and suppliers. So besides from  being proud of the excellent production, we’re also very dedicated to ensuring that the open and common safety culture with regular safety inspections works in a waythat everybody returns home from work safely.”

DONG Energyhas developed, constructed and is operating Anholt Offshore Wind Farm and moreover, owns 50 per cent of the wind farm. The Danish pension funds PensionDanmark and PKA own 30 per cent and 20 per cent, respectively. 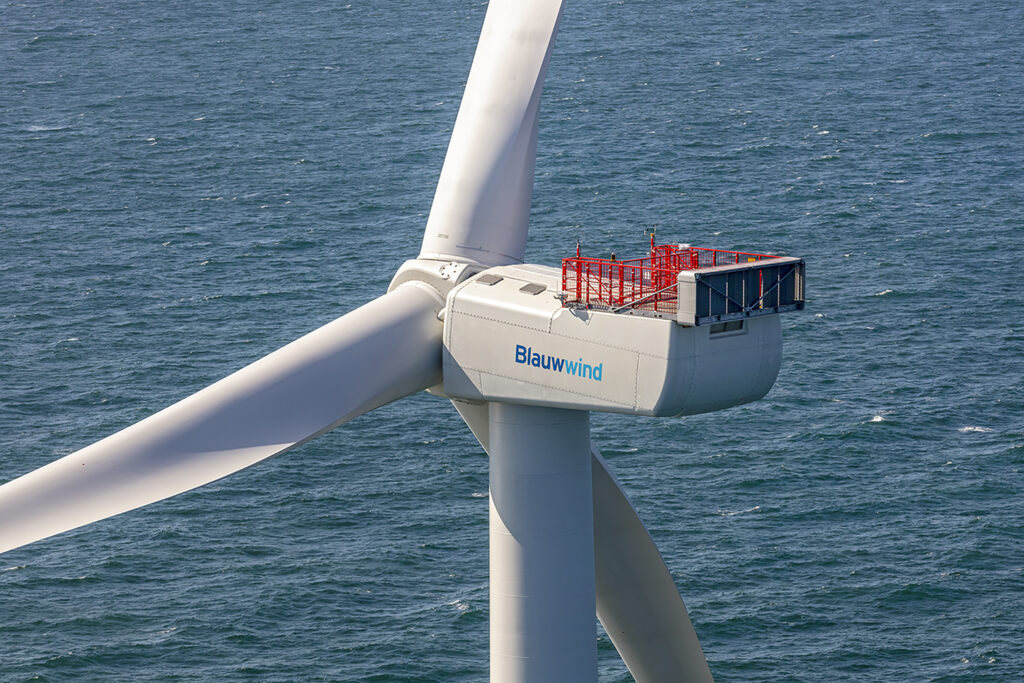