UK Round 3: Accepting the challenge

The UK currently has the largest offshore wind market in the world, with an installed capacity amounting to over 3.6GW, and a currrent development pipeline of up to almost 40GW capacity in the future. There are two development rounds in progress and an ambitious third round waiting to kick off. However, this third round is facing delays and has seen developers withdraw from projects. Is there need to get worried or are these symptoms to be expected with such ambitious plans?

There are, of course, various opinions to consider when answering this question. You will certainly get differing answers when this question is put to a company that has just invested in a new vessel which might be moored in the harbour, waiting for development news, or when it is put to one of the developers whose plans are progressing, on schedule.

As Mr Huub den Rooijen, Head of Offshore Wind at The Crown Estate, already mentioned in his foreword for this edition, there are indeed challenges but there are also positive signals to be noted and in the light of recent major announcements made it is not all bad news. Our aim here is to provide an overview of Round 3.

The Crown Estate, owner of the UK seabed, announced Round 3 in 2008 and opened the competitive tender process for development rights in the year following. This third round included nine development zones where a number of wind farms could be developed with a possible capacity of 25GW. In January 2010 the successful bidders were announced.
This round, the largest announced in the world and larger than both of the previous rounds added together, was expected to kick off this year but the latest predictions indicate the first power generation might only start in 2018.

Challenges in every step of the process

The parameters of nearly all of the round 3 zone projects are different to any projects in the past. They are larger projects, some are further away from the coast and others are in deeper waters. This results in each step of the project process producing new challenges never before confronted in the projects of the previous rounds.

The planning phase of these wind farms, where data needs to be collected on the geophysical, meteorological and ecological conditions in order to determine the suitability of the area for offshore wind development is more time consuming due simply to the parameters of these development zones being so much larger, deeper and further away.

With the data collected a decision has had to be made on the type of turbine, and related to this and the geological state of the seabed, the type of the foundation that will be used. Will the developers decide on the next generation multi megawatt turbines or for the proven technologies in the 3 to 4MW range? Using the 5MW+ turbines would mean there will be need for fewer turbines to achieve the planned output of a wind farm.

As for the type of foundation: should they chose for a jacket foundation or even a floating turbine or will the XL monopile present a viable, less expensive alternative in these water depths?

Whatever the option, these components will be larger than the current ones and will need some innovative engineering to get them suitable for these locations. As there will be many more components they will also need more time to produce them. Another parameter is exceeded.

Connecting the wind turbines inside the future field and connecting the field to the onshore grid are other important factors that are facing some challenges. Where AC has been well suited for the projects nearer to shore this is not always the best option when connecting the wind farms that will be located further away from the coast and HVDC is alternative that has to be considered. Thousands of meters of cables will need to be produced to link the turbines to the offshore substation and onwards to the landfall, with the minimum of energy loss along the way. How will the onshore grid be able to accept the lager amount of electricity generated by these large wind farms?

Once the turbines are installed and the wind farm is commissioned the operation and maintenance phase activity will take over. For these more distant projects that are not easily and quickly accessed in case of unplanned, or even planned, maintenance, it is vital to keep these activities to a minimum. Low maintenance properties are, therefore, a major consideration in the design of these new wind farms.

This brings us to the importance of logistics operations as pointed out in the article on wind farm support vessels. While at the moment relatively small support vessels are used to transfer the technicians up and down the wind farm, this might become a less desirable alternative considering the time spent for transfer and the fitness of these technicians on board.

New concepts are being developed to keep the technicians longer in the wind farm, such as fully equipped accommodation platforms and vessels (or floatels) in or near to the wind farm. The latest developments include improved larger support vessels with better work facilities and good sea keeping properties able to support teams working for many days or even weeks at sea. The examples provided by Damen Shipyards and Siemens are just a few examples of such innovative solutions.

But not just the transfer of people and small materials are a challenge, also the transport of large components have to be considered. The components for these wind farms will increase in number and size. Vessels are needed to be able to transport these components and install them, and as economically as possible. Currently these vessels have high day rates.

With the offshore wind development zones located further at sea in harsher sea states the vessels, both installation vessels and support vessels, will need to be optimally designed to operate in an as large as possible weather window. Ports need to be ready to marshal the components and provide the facilities for large installation vessels to mobilise and load the components.

Working at these future wind farms will challenge the health and safety of the people. The larger distance increases stress and puts strain on the physical state of the persons on board the transfer vessels and even at the site, making working with large components in more windy areas with rougher seas an increasing challenge.

In order for the Round 3 projects to effectively reach the building phase the industry will need to scale up. There is a need for a solid supply chain. Especially in the UK there is need for the large component manufacturers to set up their production facilities here. However uncertainty in the time frame and order books still to be filled has resulted in delays. Fortunately one of the biggest players in the industry, Siemens, has confirmed their trust in Round 3 by announcing the turbine and blade manufacturing sites that are mentioned elsewhere in the magazine.

This brings us to one of the main challenges for this Round – the large investments needed for realisation of the future projects.

In Round 3 projects everything is described in superlatives, this rule also logically applies to the costs and the risks. As the costs are already high in the outset of a project this funding especially needs to be confirmed and in place as early as possible in the life of the project.

The financial structure is different for Round 3. It is a different context to work in for developers. The developers of the previous rounds are mainly large utilities who were able to take on a project themselves. But for most of the Round 3 projects the utilities are not able to complete 100% funding within their own circle. They have to convince other investors to become partners in joint ventures. This is not an easy task as in general these investors are averse to a high risk approach and need a greater degree of certainty.

It is already difficult to find investors when other renewables, such as onshore wind and solar power, and conventional offshore energies are still being more competitive to offshore wind. Amidst an economical crisis it is even harder to find investors, especially as developers that are foreign companies are having to choose between investments in their own country or the UK.

The UK Government is not able to back the funding of all of the Round 3 projects on its own. A well established incentive scheme should be created to increase the degree of certainty of returns for the potential investors.

Developments such as the Round 3 projects need a framework for long term investment and need funding for innovations to overcome the challenges of scaling up the industry to realise the needed cost reductions.

The UK is still one of the best places for this at the moment. The offshore wind market here has good growth rates. The Government is making efforts to stimulate the development of offshore wind, and, while not exactly a government body, the Crown Estate has invested £100m in the development stages. One initiative to help develop the offshore wind industry in the UK was to establish 6 Centres for Offshore Renewable Engineering (“COREs”), being the Liverpool City region, North Eastern (Tyneside), Tees Valley, Humber, Great Yarmouth and Lowestoft, and Kent. Also in the area of research initiatives are made, such as the Carbon Trust’s Offshore Wind Accelerator programme aimed at optimising maintenance of offshore turbines.

On a more policy level, one of the initiatives taken is a review of the Planning Regime. The planning process for offshore developments has been too long and too expensive. The Crown Estate has worked closely with the participating developers to achieve consent. Although not entirely perfect yet, this has been changed and has led to a highly defined delivery time schedule enabling quicker consenting.

Improvements have also been introduced in the electricity market. The DECC has initiated the Electricity Market (EMR) Reform. Currently the grid connection could take up to 20% of the total cost of the wind farm.

Recently the Offshore Transmission Tender Round 3 was launched by Ofgem. This is the first to run under the existing regime and has looked at lessons learned from previous rounds in order to make the process quicker en easier.

Where it is a Generator Build market, under the current regime the developer now also has the choice of an Offshore Transmission Owner (OFTO) who will be designing and constructing the transmission assets. This way competition has been introduced to encourage cost reductions.

The two Round 2 wind farm projects currently being tendered under this regime, Westermost Rough and Humber Gateway, will still follow the Generator Build system. These 2 projects are however relatively close to shore compared to some of the other Round 3 projects. As more complex projects come forward under future tender rounds an eye will have to be kept on identifying any changes that may be required to the tender process, to ensure that it remains robust and as efficient as possible.

Even though the original target of 18GW offshore wind set for 2020 seems to have become unreal, the current predicted realisation of 10 to 12GW still represents a huge milestone not to be underestimated and which is still ambitious.

Yes, some projects have been cancelled or put on hold, mainly for geotechnical reasons, and perhaps because of developers having a risk averse approach, but others are submitting applications on schedule such as Navitus Bay, Dogger Bank and the one tipped to be the first English Round 3 wind farm to start building, Rampion.

Although the first projects that are expected to receive consenting are all in Scottish waters, being Neart na Gaoithe, Inch Cape and Firth of Forth, these will be followed by some large UK projects this summer. 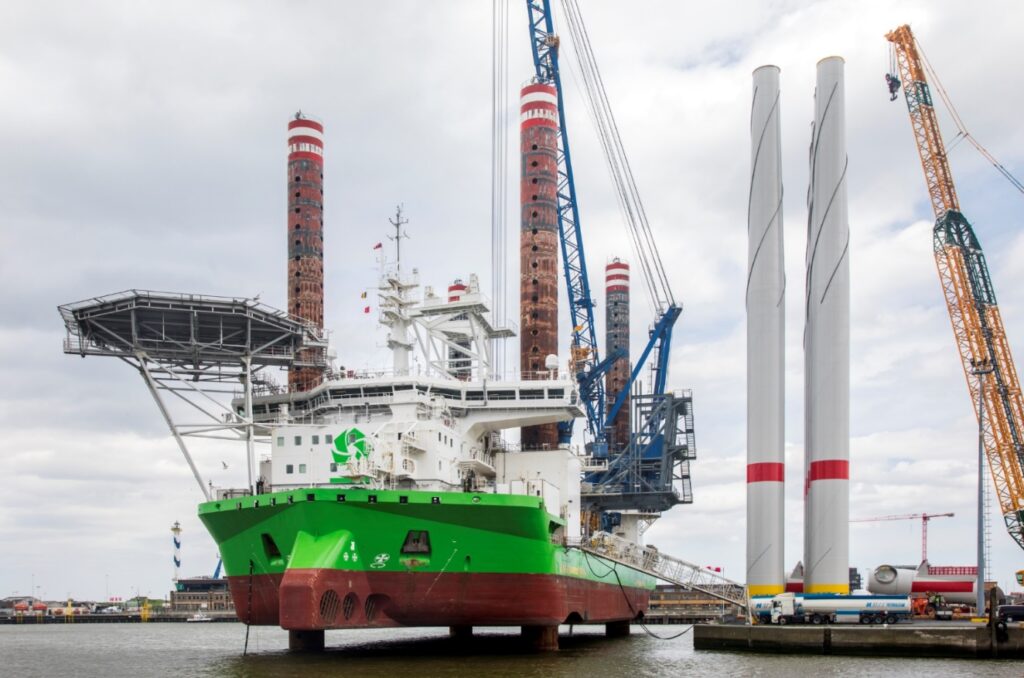