The Center for Conservation Biology has become part of an initiative to develop wind farms off Virginia’s coast.

Making Wind Turbines More Bird FriendlyThe CCB is part of a team with the Richmond-based Timmons Group, an engineering and technology firm that is one of four Virginia businesses participating in the endeavor to accelerate the development of offshore wind power. The research awards, having a total value of $3 million, are funded by the Virginia Department of Mines, Minerals and Energy (DMME). The awards were announced March 26 in a release by Virginia Governor Terry McAuliffe.

Bryan Watts, CCB director, said the center’s role on the team is to assist with the development of a sensor-based approach to environmental monitoring for the siting of wind farms that will minimize the impacts to migratory birds.

“One of the biggest concerns of wind farms is their effects on wildlife, particularly birds,” Watts explained. “The careful placement of offshore wind turbines can save a whole lot of birds.”

In September 2013, Dominion Virginia Power won the commercial auction conducted by the U.S. Department of the Interior Bureau of Ocean Energy Management (BOEM) to develop wind power on just over 112,000 acres on the Outer Continental Shelf, approximately 24 miles off Virginia’s coast. The governor’s press release notes that wind power development in this area has the potential to produce enough electricity to power about 700,000 homes.

“One of the concerns regarding the development of offshore green energy is that the Atlantic coast out there is the center of the Atlantic Flyway,” Watts said.

The Center for Conservation Biology, a joint program of William & Mary and VCU, brings a great deal of experience to the project. Watts served as a member of an advisory panel on offshore wind farm at the request of former Virginia Gov. Bob McDonnell, while the CCB did an analysis of potential effects of offshore Atlantic coast wind farms on waterbirds for the National Oceanic and Atmospheric Administration (NOAA).

The 2010 study adapted a model used to determine annual harvests of ducks and other fish and game and applied it to species most vulnerable to wind-farm loss. The study also examined bird mortality associated with European wind farms and noted the difficulty in obtaining accurate mortality data from offshore turbines.

The Timmons Group will develop an array of sensors to track bird use over the 112,000-acre expanse. “Sensors like radar, thermal sensors, auditory sensors—they can operate 24 hours a day,” Watts said. “The CCB is part of a large team that will put together a monitoring plan.”

Watts said the CCB’s role is to act as advisors on the coastal bird community and to develop ways of testing and validating various proposed sensor strategies. 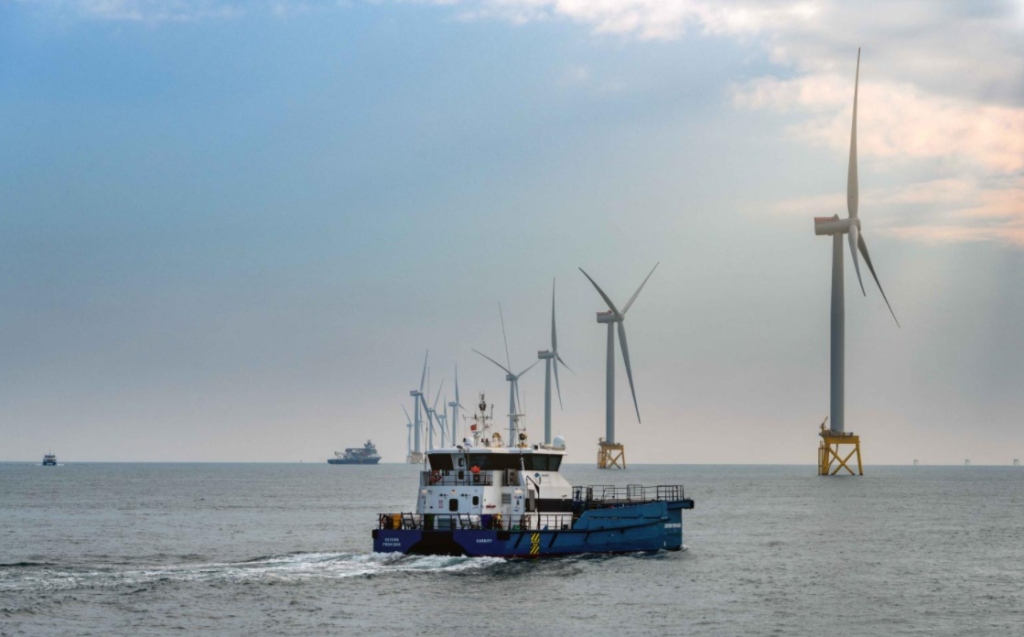