The announcement of the cancellation of the proposed Argyll Array on 11 th December last year, following on from similar news two weeks previously, concerning the Atlantic Array, in the Bristol Channel, both principally due to adverse ground conditions, has highlighted the critical importance of necessary, but ever-more cost effective, site investigation solutions for these projects. A better understanding of seabed ground conditions is needed to deliver far-reaching benefits for the planning, design, construction and operation of offshore wind farms.

The situation has been exacerbated because, although UK Government subsidies for the development of offshore wind are set to increase (with a consequent reduction for onshore projects), there is still general concern that these projects must be delivered much more cheaply than is presently budgeted.

A major issue is that practitioners involved with the design, development and ultimately construction of wind farms have not fully engaged with the best practice learnt during decades of offshore oil and gas operations. There is a strong tendency to believe that oil and gas processes are, principally due to cost issues, not fit for purpose for offshore renewables.

This is coupled with the fact that, with few exceptions, most offshore wind activity is being led by utility-based businesses with little in the way of offshore experience. As the industry has found out, other than the bit that sticks out of the ground, there is little of similarity between onshore and offshore wind farm projects.

Lack of understanding the seabed

Many with experience of supporting both the oil & gas industry and offshore renewables projects fear that a lack of engineering information relating to the seabed and sub-seabed is leading to projects being cancelled, with a huge potential to “throw the baby out with the bath water”. Fundamentally, if the renewables sector understood ground conditions more fully, the decision whether or not to proceed with projects could be better informed.

Much of the early survey work, in particular on UK offshore Round 3 projects, focused on environmental issues, specifically the impact that an offshore wind farm would make on benthic, pelagic, seabed, cetacean and ornithological communities.

As a result, early project scopes of work lacked precision in understanding the seabed and sub-seabed conditions. This was odd, given the critical need for this data when designing foundations and for cable burial, both essential components of wind farm design, and because it is also an essential component of the ‘go, no-go’ strategy to design and build the project in the first place.

Fortunately, there is now recognition, albeit belated, of the need to acquire, process and interpret seabed data, which can be used more effectively in the design of wind farms.

In December 2013, spookily less than 24 hours after the Argyll Array announcement, the Offshore Site Investigation and Geotechnics (OSIG) committee of the Society of Underwater Technology published guidelines which will hopefully educate the currently uninformed of the necessary processes required to gather and understand better data.

Obviously, by better defining what is required to quantify the nature of the seabed and sub-bottom geology, and by providing a good baseline, useful information will be obtained, not just for the design and installation phase but for the life of the wind farm. For the past four or five years, survey contractors have been working on gathering terabytes of data for offshore wind farm projects, using hydrographic, marine geophysical and geotechnical techniques. Vessels like Gardline’s MV Ocean Discovery have been engaged to gather soils data, primarily to provide ground control to remote sensing data acquired acoustically using geophysical techniques. Gardline is using their considerable expertise in this field, having been involved in offshore surveying for the oil & gas industry for over 40 years, and has successfully transferred it to the offshore renewables sector and has already worked on 7 of the 9 UK offshore Round 3 sites.

Challenges in processing the data

Two challenges have arisen from this work. First, how such vast quantities of data can be handled and be provided to the client in a timely manner, and second how to present results in an easy to use and informative format.

There is an expression much used by the offshore hydrographic and geological fraternity in the oil & gas sector that goes along the lines of: “You can never have too much survey data”. Contractors have quickly had to embrace the sheer volume of data that needs to be acquired, in particular when compared with traditional site survey data, which historically was obtained in four or five days over a 3km x 3km exploration survey area.

One recent offshore renewables project undertaken was, in data terms, the equivalent of 230 of these site surveys. The particular problem was that whereas a client requiring a site survey usually expects his report 4 weeks from completion of fieldwork, the renewables client only gave an 8 week window to deliver the end product.

By way of further comparison, when they undertook a reconnaissance survey over the prospective Round 3 East Anglia Offshore Wind site, two vessels working simultaneously over an area of 5,860 square kilometres, took a total of 380 vessel days surveying over 19,000 line kilometres to acquire the dataset. In real terms, that amounted to over ten terabytes of data which needed to be analysed and interpreted.

The second, and probably more fundamental, issue is how to present the data in a way that is both informative and illustrative of site conditions.

An offshore wind farm, like any offshore engineering project, requires considerable planning, research and decision making to be able to move from concept to final construction.

The ground model is a concept that allows engineers and technicians to get an overview of morphology, the geohazards and the distribution and extent of soil provinces and geological features, but most importantly the level of uncertainty.

All of this information can be summarised in an interactive 3D model. Modern 3D packages are capable of incorporating many different data formats, which can be used in advanced surface and volumetric analysis.

This analysis can then be used by design engineers and construction contractors to assess the feasibility of installing infrastructure and for planning construction operations.

Based upon techniques used in the oil & gas sector, the ground model for an offshore wind farm can be developed further, to model geotechnical proprieties of each of the soil provinces and the uncertainty of fully understanding the nature of the sub-seabed geology, associated with these estimates. Geophysical data, in situ test results (from Cone Penetration Testing) and laboratory testing can be incorporated into the model.

Computer-aided techniques allow the spatial 3D visualisation of important geotechnical properties, which aid the processes involved with Front-end Engineering Design (FEED) and engineering decision making. This is very useful in ascertaining the engineering problems related to any offshore infrastructure development, such as wind turbines, oil & gas structures, pipelines and cables.

The ground model is the ideal platform for managing data from concept through to final analysis of all available datasets, whether it be historical, from adjacent areas or site-specific, allowing the decision making process to evolve as the project progresses. It is important that all stakeholders involved in the project, from managers to accountants and engineers, can visualise the development process, regardless of their technical background and knowledge.

The GIS environment, using geo-databases, has proven to be a reliable and portable mechanism to store, update and present data throughout the life cycle of any project and has become a suitable replacement for any paper-driven and standard computer folder alternatives. By having the data in one place, it can be managed easily by qualified administrative staff, for use by all project personnel, including the final design engineers.

Such visualisation and GIS-based techniques have already demonstrated their ability to provide useful, accurate and viable information to aid in the design of offshore wind farms. This data, when presented in a database, also provides a useful baseline which may be interrogated during the life of the wind farm. For example, many of the wind farms built in Rounds 1 and 2 reported considerable outages caused by failure of the infield and intra-field cable arrays.

With a better understanding of the nature and complexity of the seabed, it will be far easier to design remedial processes that may be employed if failures such as these happen in the future.

Similarly, a 3D interactive tool will enable the developer to have at his disposal a much better picture of a project and, armed with such information, will have greater confidence in being able to plan and design the scheme.

It is clear that offshore wind farm projects can benefit from the experience and expertise gained in the oil & gas industry in characterising the geological and geotechnical environments of the seabed and sub-seabed. Not only will planning be better informed but development of comprehensive ground models will result in more accurate design and construction programming and continue to deliver benefits throughout the operational lifetime of the wind farm. 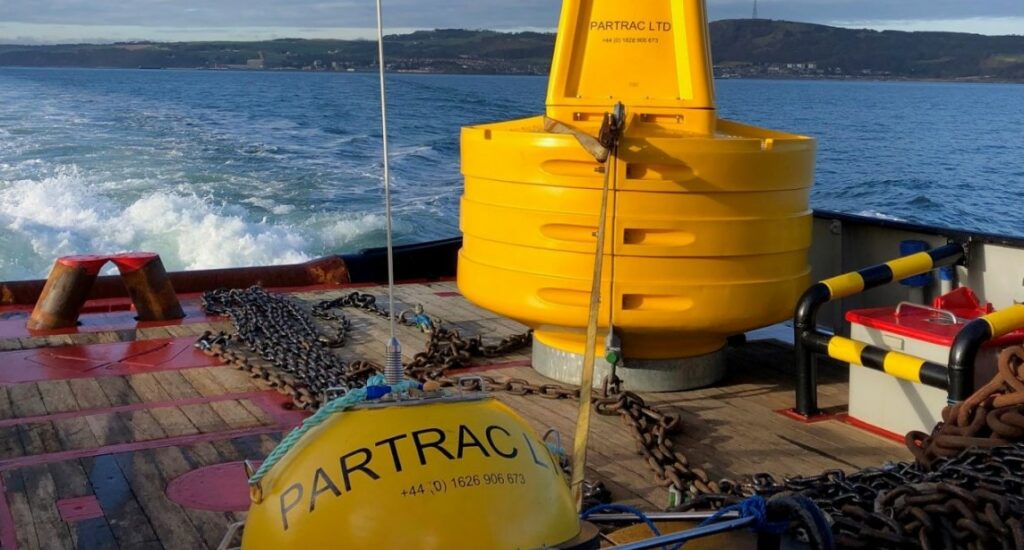