Today, in the presence of the German Federal Minister of Economics and Technology, Dr Philipp Rösler, the first complete high-sea wind farm off the North Sea coast, BARD Offshore 1, was officially inaugurated.

80 5-megawatt wind turbines make BARD Offshore 1 the highest performing offshore German wind farm. With an output of 400 megawatts, BARD Offshore 1 is capable of supplying energy to half a million private household, i.e., enough to power the Greater Munich area. The wind farm is located 100 km to the north-west of the island of Borkum in waters up to 40 metres deep. The first turbines were connected to the grid back in December 2010 and, today, BARD Offshore 1 already supplies 80% of the offshore electricity produced in Germany.

The official inauguration ceremony, which took place on the BARD 1 service and transformer platform, was conducted by the Federal Minister of Economics together with Michael Baur (CEO BARD Group) and Lutz Diederichs (Director at HypoVereinsbank).

The Economics Minister Dr Philipp Rösler: “BARD Offshore 1 is the impressive pioneering project of a young industry which has the potential to play a key role in our energy mix in the long term. The successful completion of the offshore wind farm represents a technological and logistical feat. I would like to express my congratulations and respect to all those who have been involved.”

In spring 2010 the BARD Group was the first company in the world to start the construction of an offshore wind farm. Up until then, no practical experience had been gained on the construction of wind turbines in such very challenging conditions. Consequently both technical procedures and logistical processes had to be optimised, particularly given the weather conditions in the North Sea. Ultimately it was possible to complete the project a month ahead of the target date for completion which was reset in autumn 2011. A key factor behind this success was the consistent scrutinising of ongoing processes and their successive optimisation.

Michael Baur, CEO BARD Group: “The inauguration today of this pioneering project, BARD Offshore 1, in the presence of the Federal Minister of Economics, sends an important signal in terms of the energy turnaround and the future of the offshore wind industry in Germany. The BARD team overcame the highly critical initial phase of the project. It took an unparalleled degree of commitment and an extremely sharp learning curve, but ultimately we demonstrated that projects of this size and complexity can be successfully implemented.”

As the long-term financial partner, HypoVereinsbank has supported the BARD Group from the very beginning and has thus made an essential contribution to the completion of this wind farm.

Lutz Diederichs, Director of Commercial Banking – Unternehmer Bank at HypoVereinsbank: “As one of the biggest German banks, we are dedicated to strengthening the innovative energy of the industry and acting as a long-term partner to German companies. Offshore wind farms are, in our view, an indispensable component for ensuring the success of the energy turnaround and, moreover, have the potential to become successful German exports in the future.”

In addition to BARD Offshore 1, HypoVereinsbank is also involved in three further offshore wind farms as a project financer. In total, the UniCredit Group has participated in the financing of wind farms around the world with an installed output in excess of 12,000 megawatts. As a service provider to the German economy, the bank is also active in other renewable energy sub-areas, for example, onshore wind farms, solar energy and hydroelectric plants. 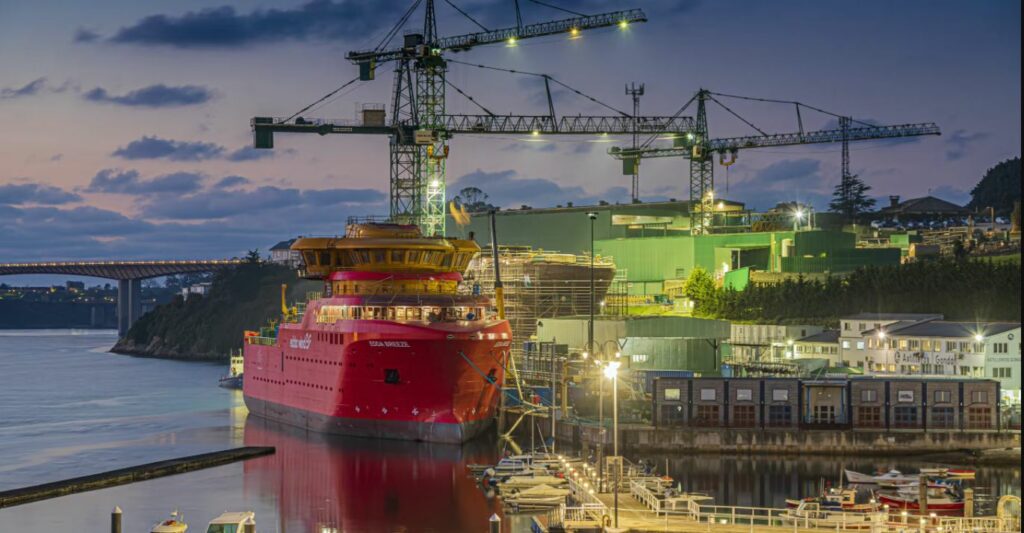