Sumitomo Corporation, in conjunction with Sumitomo Corporation Europe (collectively hereafter Sumitomo), have entered into an agreement with Parkwind, a Belgian offshore wind company, to take shares in two offshore wind farm projects off the coast of Belgium. Parkwind’s shareholders are the Colruyt Group, Korys NV, the investment holding of the Colruyt family, and PMV.

The two offshore wind projects consist of Belwind 1, in operation since late 2010, and Northwind which is currently under construction. The Belwind project is located on the Bligh Bank in the Belgian Exclusive Economic Zone of the North Sea, approximately 46km off the coast of Belgium and has a production capacity of 165MW. The Northwind project is also located in the North Sea, on the Lodewijk Bank, approximately 37km off the Belgian coast and will enjoy a capacity of 216MW. The project cost for Belwind 1 was c.650mil Euro and the project cost for Northwind is expected to be approximately 900mil, a total of up to 1,550mil Euro for both wind farms. Once completed, the two wind farms will compose of  over 127 wind turbines manufactured by Vestas. The electricity generated is sold through long term agreements to Electrabel and corresponds to the needs of approximately 370,000 households.

Sumitomo will acquire a 39.0% stake in the Belwind 1 project and a 33.3% stake in the Northwind project through its wholly owned subsidiaries following the approval from the European Commission and any other competent competition Authority. Parkwind and Sumitomo have also entered into a project development agreement to work together on the development of the Belwind 2 project, a 165MW offshore wind farm adjacent to the Belwind 1 wind farm.

The global wind power generation market is expected to quadruple by 2025, and about 10% is expected to come from offshore projects. The Belgian projects will be the first offshore wind farm project that Sumitomo has undertaken worldwide. Sumitomo has extensive experience in the operation of onshore wind farms in Japan, China, the US and most recently has begun construction of one of the first large-scale wind IPP projects in South Africa. As of June 2013, Sumitomo has a total power generating capacity of 6,129 MW, of which 524 MW are wind assets. Sumitomo is a long-term investor in the renewable energy sector and plans to expand its portfolio globally in not only wind energy but also other renewable energy sectors, ensuring a cleaner environment for all of us and future generations.

Colruyt Group operates in the food and non-food distribution sector in Belgium, France and Luxembourg with some 400 own stores and over 500 affiliated stores. In Belgium this involves Colruyt, OKay, Bio-Planet, DreamLand, DreamBaby, Spar and Eurospar. In France, in addition to more than 60 Colruyt stores, there are also affiliated, independent Coccinelle, CocciMarket and Panier Sympa stores. The Group is also actively involved in the food service market, the sale of fuels, printing and document management solutions and the production of green energy. The Group employs over 25,000 people and has sales of over EUR 8.3 billion.

Korys, the family holding of the Colruyt family, enjoys a diversified portfolio of investments through which it aims to create sustainable value. A 3-P philosophy (Planet, People, Profit) forms the cornerstone of its investment strategy. As such, its participation in Parkwind is a perfect example of the type of investments Korys strives for.

PMV is a Flemish investment company. It focuses on the sustainable economic development of Flanders (the Flemish Region of Belgium), with demonstrable added value for both economy and society.
Particular emphasis is placed on renewable energy. PMV manages a portfolio of EUR 900 million in assets. 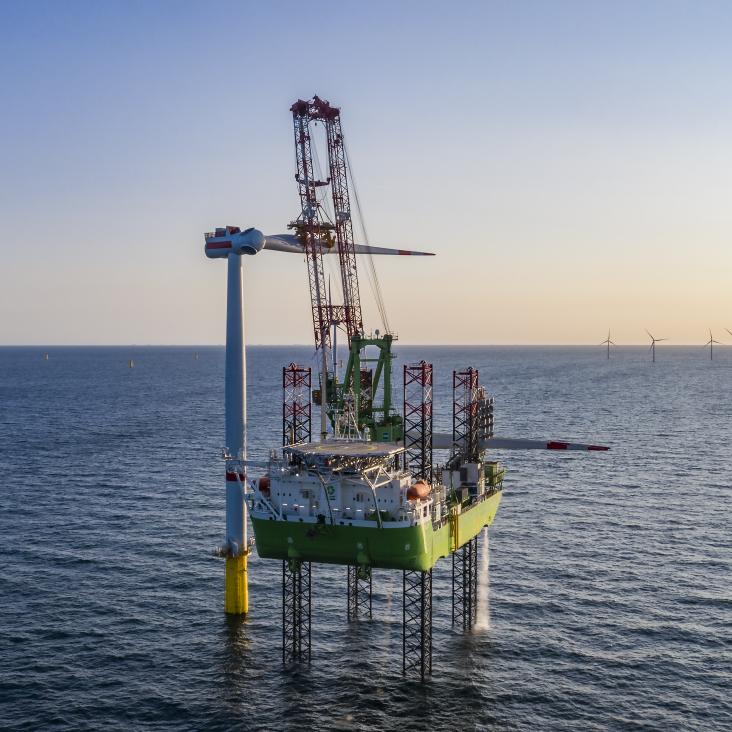