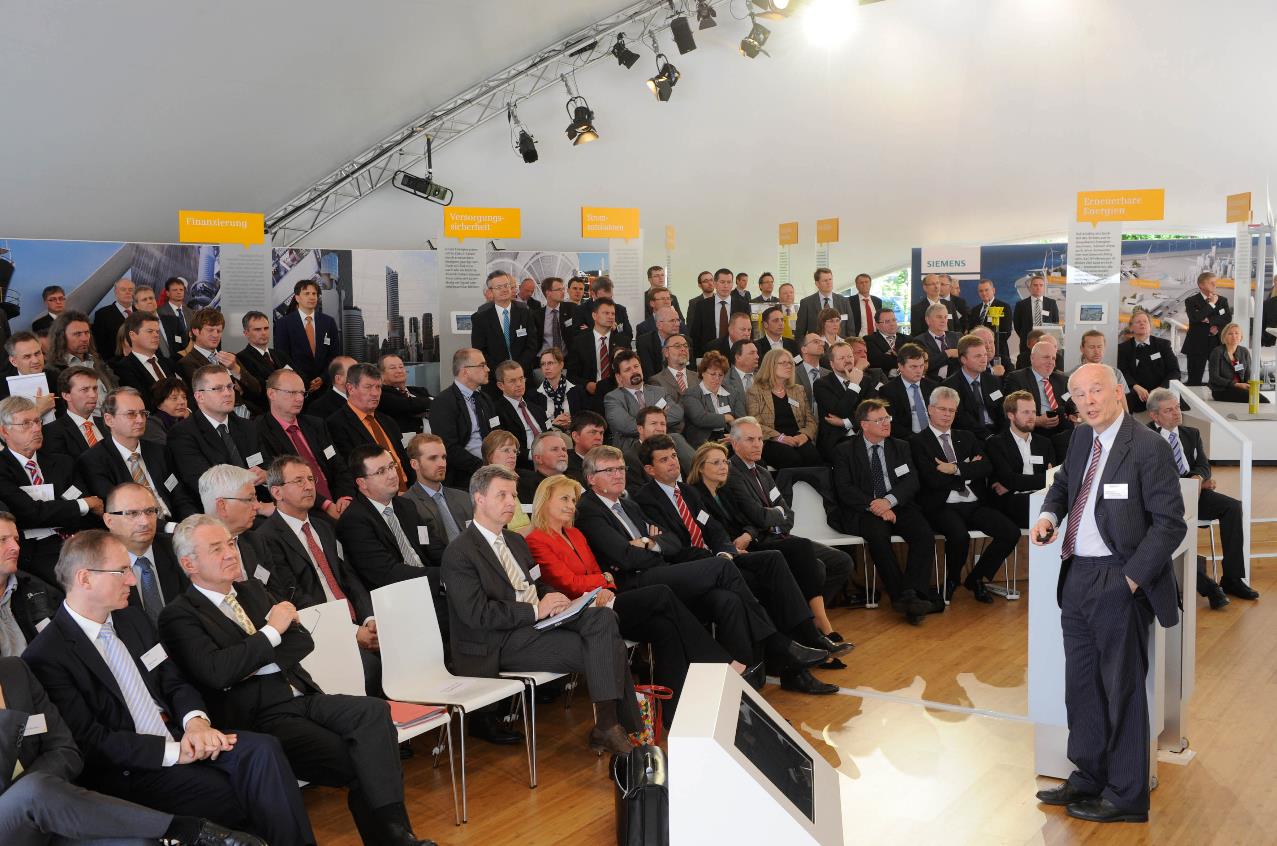 Siemens: Germany Can Save More than EUR 150 Billion with Its Energy Transition

The costs of restructuring Germany’s energy system are too high. With the present energy transition concept, it will not be possible to achieve security of supply while also ensuring sustainability and affordability.

The current approach also establishes false incentives for investment and innovation. According to Siemens’ calculations, Germany could save more than €150 billion by 2030 and limit further increases in the price of electricity by revising the energy transition concept without any negative impacts on its climate targets. At the Siemens Energiewende-Dialog (Energy Transition Dialogue) taking place in Berlin on June 3-11, 2013, the company presented a Three-Point Plan with concrete proposals for the cost-efficient implementation of the energy transition. “Siemens stands behind the energy transition. However, the project is currently at a critical stage. We need decisions that will maintain our country’s competitiveness over the long term. Our aim is to achieve a sustainable energy system with secure supplies and affordable electricity,” said Peter Löscher, President and CEO of Siemens AG.

The Three-Point Plan is based on an analysis of the status quo relating to the energy transition. High electricity rates are burdening private households and industry alike and threatening Germany’s competitiveness. For private households, electricity rates were nearly 40 percent higher than the European Union average in 2012; for industrial facilities, 20 percent. Levies for renewable energies will reach a new high of roughly €16 billion this year. These costs are primarily borne by consumers.

Despite the rigorous development of renewables, carbon dioxide (CO2) emissions are increasing, because the energy mix increasingly includes coal-fired power plants that emit large quantities of CO2 to compensate for weather-related fluctuations in power generation from renewables and the closing of nuclear plants.

Many companies in Germany take a similar view of the problems. According to a survey of more than 250 German customers in various industries conducted by Siemens, over 80 percent of the respondents believe the current Renewable Energy Sources Act (EEG) needs revision. Over 90 percent cite affordability and security of supply as the biggest challenges to a successful energy transition.

Siemens proposes giving up a fixed target for renewables and instead focusing on reducing CO2 emissions in the future. The country should give greater priority to high-efficiency combined cycle power plants and wind power. With efficiency ratings of more than 60 percent, a state-of-the-art combined cycle power plant emits less than half the CO2 produced by a new coal-fired power plant, and wind power is well on its way to be able to deliver electricity as cost-effectively as conventional energy sources.

This scenario would ensure that Germany meets its climate targets. At the same time, the investment and operating costs for the energy transition could be cut by more than €150 billion by 2030 than with an unchecked expansion of renewables.

Peter Löscher: “The climate goal can be reached by 2030 with fewer renewable energy sources at substantially lower costs! An energy mix with 40 percent green energy – rather than the planned 50 percent by 2030 – is both ecologically as well as economically sensible.”

Siemens has developed a Three-Point Plan for a more cost-efficient energy transition. The pillars of the plan are a restructuring of the electricity market, increasing energy efficiency, and a European coordination of the energy transition.

Five measures for restructuring the electricity market are geared to enhancing investment security and transparency in the energy market.

The first two measures entail a fundamental revision of the Renewable Energy Sources Act (EEG). Renewable energies should prevail on the market in the future without levies. The regulations for plants that are already in operation, however, would remain unchanged to guarantee investment security and legal certainty. To date, renewables have had feed-in priority over conventionally generated power from combined cycle and coal-fired power plants. As a first measure, this “feed-in priority” should be replaced by a “feed-in responsibility”. In the future, providers of renewable energies would have to market their electricity just as reliably as other suppliers. To guarantee their supply commitments, they must secure their capacity with flexible power plants or with storage. This would create an energy market in which only the amount of electricity actually in demand is fed into the grid.

The second measure aims at making the support of renewable energies more dependent on the rules of competition and thus more cost-effective. One possibility here is auctions. For instance, the investor offering the lowest feed-in tariff would be awarded the contract to build a new wind farm.

As a third measure, Siemens is proposing a European regulation for reducing CO2 emissions, such as by strengthening trade in CO2 emissions certificates in Europe. In addition, a fleet regulation for power plant fleets modeled after the automobile industry would be an effective way to limit the average CO2 emissions of the power utilities and further reduce emissions. Utilities with a fleet of aging power plants would then be forced to improve their CO2 balance step-by-step. The advantage: Long-term and binding emissions targets and regulations for emission certificate trading up to 2030 would give power plant operators leeway to optimize their fleets and invest in new technologies.

A fourth measure relates to the fixed costs of the electricity system, such as the grid or EEG levy. Siemens proposes that these costs would no longer be included in the electricity price but covered via a fixed-cost, flat-rate payment for the grid connection. All consumers who use the power grid would thus pay an equal share of the costs – regardless if they produce electricity and how much, or what they consume. To date, homeowners with solar collectors have the advantage that they contribute only a small share toward maintaining the power grid since they consume less grid electricity.

The fifth measure aims at maintaining the so-called winter reserve for electricity to guarantee year-round security of supply – even when renewables feed less electricity into the grid. Germany’s Federal Network Agency and the grid operators would define a specific amount of electricity to be maintained as reserve capacity for peak demand. In the medium term, however, it must be decided politically whether Germany introduces a capacity mechanism like other countries in order to compensate for the provision of power plants.

A successful and economical energy transition also involves energy saving. Rising electricity costs can be partly offset by systems that use less energy. Siemens strongly advocates speedy implementation of the European Energy Efficiency Directive in Germany, because there is huge potential in energy efficiency. Buildings with energy-efficient technology could, for example, generate savings of up to 40 percent, while efficient electric drives in industry could reduce consumption by up to 70 percent.

Increasing energy efficiency, however, often requires up-front investments. With intelligent financing models, modernization can be undertaken with no preliminary investment costs for the customer. Instead, these costs are paid entirely from the energy savings.

Along with energy efficiency measures, Siemens recommends the selective regulation of consumption. This means, for example, that consumers voluntarily disconnect themselves from the grid for short times during peak load periods and are rewarded with special compensation.

3. European coordination of the energy transition

The energy transition should be understood as a project that must be coordinated on a European level and driven by close cooperation among the individual countries. Separate regional and national solutions increase the costs for all countries moving to sustainable energy systems.

A study carried out by Siemens and the business consulting firm of McKinsey also shows that we can learn a great deal from one another when shaping the energy system. It presents 20 international solutions along the entire energy value chain, from power generation and distribution to improving the energy efficiency of buildings, industry and transportation. The U.S., for example, leads the way in the selective regulation of power consumption through the temporarily reduction of demand. And in the process of modernizing their energy systems, Denmark and the Netherlands are already successfully auctioning wind farms. 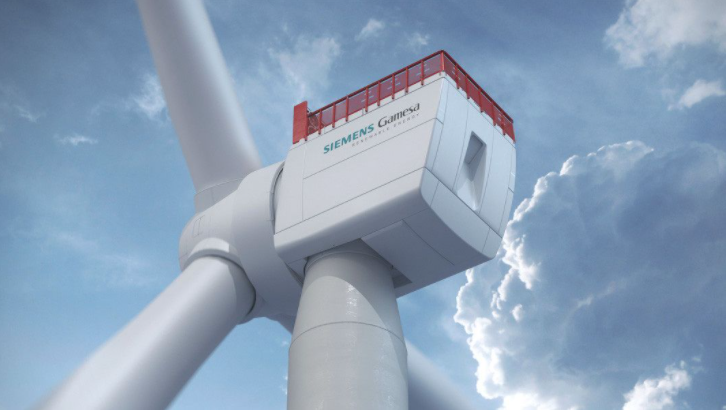