‘Our net results are in line with our expectations’, says CEO Pieter van Oord. ‘Despite the difficult economic circumstances across much of the world, we’ve been able to maintain a good level of profitability. Our strategy is based on three foundations: dredging, offshore oil and gas, and offshore wind.’

The dredging market is suffering the impact of the worldwide economic crisis. Construction activities in Europe have fallen to levels not seen since the mid-1990s. Marine transport activities have suffered as governments and port authorities downscale their investments.

Van Oord is also active in segments less troubled by the economic crisis. Its activities in the offshore oil and gas industry were especially successful in 2012. Clients in the oil and gas industry continue to invest. The worldwide demand for energy, the relatively high price of oil and the need to keep reserve positions up mean that oil companies are continuing to invest in exploring onshore, offshore shallow water and offshore deep water reserves. ‘We have been carrying out major Engineering, Procurement and Construction or EPC projects for the oil and gas industry for several years now. Our EPC capabilities offer clients an integrated package of services. As a result, the occupancy rate of our flexible fallpipe vessels increased in 2012,’ says Pieter van Oord.

The Offshore Wind Projects business unit continues to invest in people and equipment. ‘Our work on the Luchterduinen wind farm has confirmed our solid position in this market,’ says Pieter van Oord. ‘Successful completion of the Princess Amalia, Belwind and Teesside EPC projects has given us an excellent track record. A number of other wind farm projects in Northwest Europe have run into delays owing to various problems, such as the availability of financing, connection to the national grid and uncertain funding schemes. The construction of our own wind turbine installation vessel, Aeolus, will enhance our position in this growth market.’

Autumn 2012 saw the christening of the pipe lay vessel Stingray. The Stingray will allow Van Oord to install pipelines in shallow water. The self-propelled cutter suction dredger Athena carried out a number of projects in 2012 and performed very well. Its sister ship, Artemis, was launched in June 2012. This second self-propelled cutter suction dredger will be operational in April 2013. There were delays in the construction of the Aeolus, the offshore wind turbine installation vessel, in 2012 because the shipyard that is building it went into administration. The terms of the building contract have been renegotiated and Van Oord expects to take receipt of the Aeolus in the second half of 2013. These investments conclude Van Oord’s EUR 1.3 billion five-year equipment investment plan. In 2013, the company will be reviewing its projected investments for the 2014-2018 period.

The company has a solid financial position. There were no changes in its financing in 2012. Shareholdings also remained unchanged in 2012. MerweOord B.V., the holding company owned by the Van Oord family, holds 78.5% of the shares. The two investment companies, ConsOord B.V.and Cobepa (Nederland) N.V., have a joint stake of 21.5%.

Van Oord is not pessimistic about 2013. The company expects the world economy to show signs of recovery in the course of the year. It will proceed with caution, however, as there can be major local and regional differences. The company does not expect the European market to recover. Its order portfolio is well filled for 2013. Van Oord is less susceptible to the worldwide economic crisis because it has spread its activities over different market segments and across various parts of the world. The pressure on prices and occupancy rates in the dredging market will remain. The offshore oil, gas and wind energy markets offer the best opportunities for expansion. 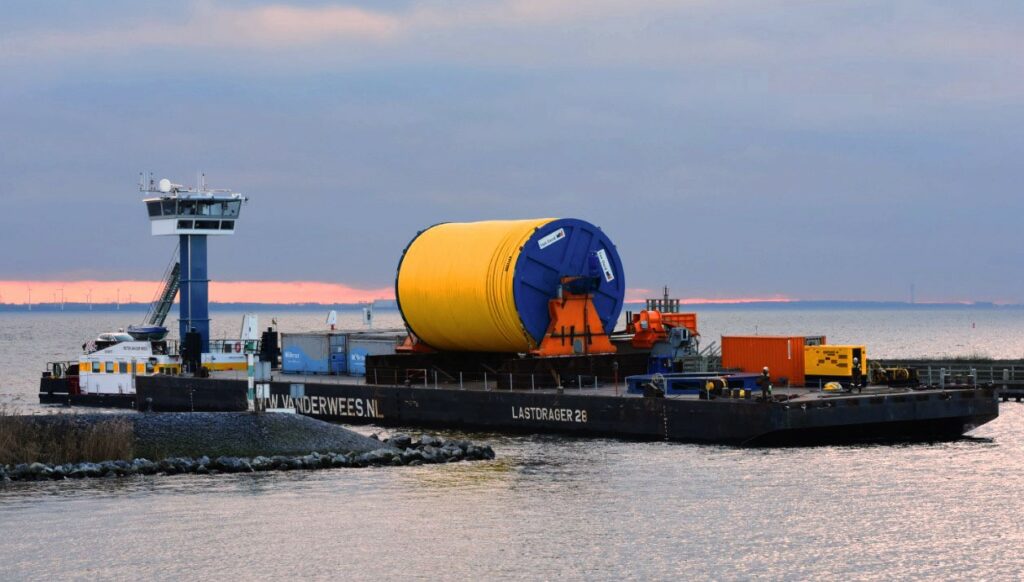