Severn Guardian is the third in a line of such vessels deployed by Briggs Marine to support coastal survey operations for the Environment Agency of England and Wales. Launched by UK’s Mustang Marine in late 2012, she joins Humber Guardian and Mersey Guardian in the fleet.

Developed in close conjunction with Mustang Marine and Briggs Marine, these vessels are practical, capable and rugged.

The main cabin has three primary areas. The first of these is the large working space consisting of both wet and dry laboratories, as well as a day toilet. A data network has been installed, as has a fridge and freezer; two computer terminals are available in the Dry Laboratory for data processing.

Forward of this is a crew space featuring a galley and mess, as a well as access into the hulls. At the front of the cabin is a raised wheelhouse, affording excellent all-round visibility.

This crane is fitted with a 600kg winch, capable of lifting items with a maximum weight of 1300kg at a radius of 2.5m.

Accessed via stairs from the galley/mess space, the hulls offer more comfortable live-aboard accommodation than previous vessels used by the Environment Agency. There is accommodation for six in three twin cabins, as well as a shower room in one hull.

Severn Guardian is powered by a pair of Volvo Penta D9-MH main engines, each producing 261kw @ 2200rpm. The power is driven through Twin Disc MGX-5075 gears to five-bladed propellers. She has a service speed of 16 knots, and a maximum speed of 18 knots.

A fourth vessel, Solent Guardian, is under construction and is due to join the fleet in the second quarter of 2013. 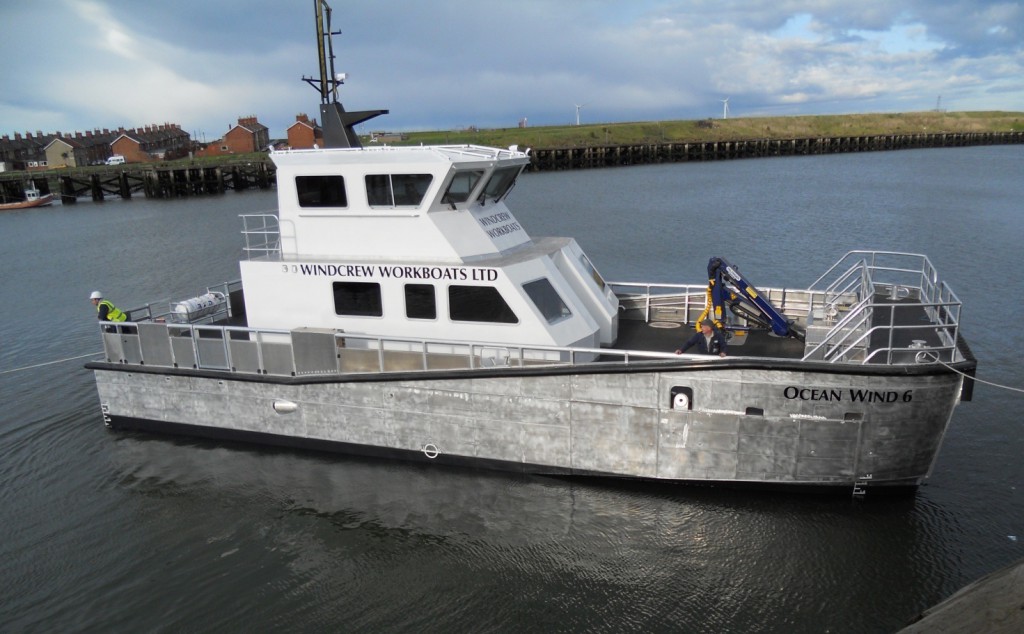