As well as being a renewable energy success , SeaGen, the world’s first commercial tidal current energy turbine is also an environmental success. The tidal turbine, designed and deployed by Marine Current Turbines Ltd (MCT) and located in Northern Ireland’s Strangford Lough has had no major impact on the Lough’s marine life.

This is the main conclusion of a report prepared by the environmental consultancy Royal Haskoning, in collaboration with an independent Science Group, comprising representatives of the Northern Ireland Environment Agency, Queen’s University Belfast, the Sea Mammal Research Unit and others. The Science Group was chaired by David Erwin, a former Chief Executive of the Ulster Wildlife Trust.

The Royal Haskoning report, prepared on behalf of MCT, will be published this afternoon at an event to be held at the Belfast Harbour Commissioners. The event, a series of presentations on the different aspects of the SeaGen Environmental Monitoring Programme, will be attended by representatives of Northern Ireland’s Department of Enterprise, Trade and Investment, the Department of Environment, members of the scientific and environmental teams as well as members of the local community that live and work in the vicinity of Strangford Lough.

The main outcomes of the Environmental Monitoring Programme (EMP) that commenced in 2005, before SeaGen’s deployment and its start of operation in 2008, were:

1. No major impacts have been detected from any of the monitoring programmes;

2. There have been no changes in abundance of either seals or porpoises detected which can be attributed to SeaGen; seals and porpoises are continuing to swim past SeaGen, demonstrating a lack of any concern or hindrance.

The only changes observed after three years of operation of SeaGen have been relatively small scale changes in the behaviour and distribution of seals and harbour porpoises, which suggests a minor degree of local avoidance of SeaGen.

The benthic ecology (seabed life) was also monitored as part of the EMP, using divers. The EMP concluded that the seabed life surrounding SeaGen’s foundations has recovered since its installation in 2008. In addition, the EMP has showed no evidence of significant change to the tidal speeds and flow directions within Strangford Narrows and that it is unlikely that marine traffic between Strangford town and Portaferry has been affected. With regard to bird life, although not a key feature of the EMP, the studies have shown that the overall bird numbers in the Narrows have remained stable.

Frank Fortune, Technical Director at Royal Haskoning said: “The findings of the EMP give us confidence that SeaGen will be able to continue to operate with no likely significant impacts on the marine environment of Strangford Lough. This validates the innovative, adaptive management approach to monitoring and mitigation taken by MCT and supported by the Northern Ireland Environment Agency.”

David Erwin, the Chairman of the SeaGen Scientific Group and Stakeholder Liaison Group: “This is the most comprehensive study of the environmental impact of marine energy devices undertaken anywhere in the world. Given my long association with the Lough, I was always confident that SeaGen could operate without any significant impact and I’m delighted that the results of five years painstaking work by some of the world’s most-respected experts in their fields have shown this to be the case.”

Northern Ireland’s Environment Minister, Alex Attwood, has said of the Environmental Monitoring Report: “I must commend David Erwin, colleagues at the Department of Environment and every single member of the environmental monitoring team. SeaGen has been a pioneering project with interest around the world not only in its energy performance but also its environmental impact. Marine Current Turbines has proven that the power of the seas can be harnessed in harmony with marine life. The results of their work will give everyone greater confidence in realising the economic and environmental benefits that tidal and wave energy can offer to Northern Ireland, elsewhere in the UK and Ireland as well as other parts of the world.”

Northern Ireland’s Energy Minister, Arlene Foster, praised all involved in this work. The Minister said: “SeaGen has drawn the world’s attention to Northern Ireland and the potential of our offshore renewable energy resources which can contribute to the Executive’s 40% renewable energy target by 2020, and beyond. Following The Crown Estate announcement of our Offshore Renewable Leasing Round in December, companies are now expressing very positive interest in this opportunity. The key lessons learned from this extensive environmental monitoring programme at SeaGen can be used as tidal developments are taken forward around Rathlin and Torr Head as part of this Leasing Round.” 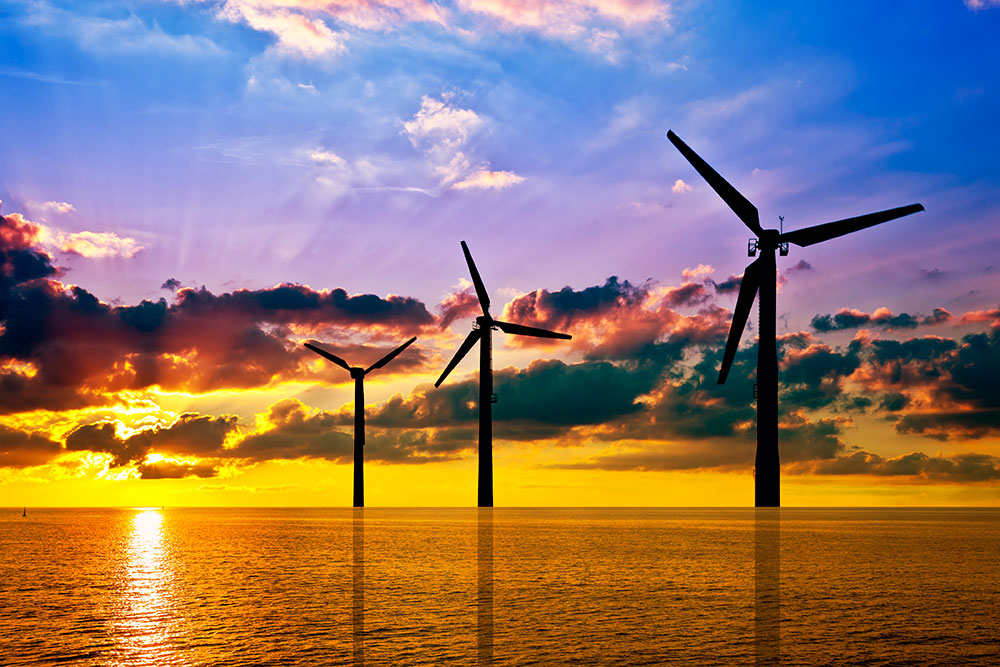