Wind energy is taking an increasing battering, with vulnerability to storm damage, under-performance and increasing social and environmental impacts giving cause for concern.

It also appears offshore turbine towers are more susceptible to scour than predicted, according to the latest issue (164 MA4) of the ICE’s Maritime Engineering journal.

A team of research engineers from the Technical University of Denmark report that stone armour around the 4.2 m diameter monopile foundations of the vast Horns Rev offshore wind farm in the North Sea was found to have unexpectedly sunk by up to 1.5 m.

Lead author Anders Nielsen says the sinking stones are a real problem as they can, ‘reduce the stability of the monopole and change for instance the natural frequency of the dynamic response of an offshore wind turbine in an unfavourable manner.’

While the armour can be repaired in the short term, finding a long-term solution has resulted in an extensive programme of physical model tests to improve civil engineers’ understanding of how powerful ocean currents behave around the bottom of offshore turbine towers.

Nielsen says the tests have identified that the sinking appears to be primarily caused by a ‘horseshoe vortex’ effect. He says they also reveal that, ‘a larger pile diameter relative to the size of the protection stones will cause a larger sinking and that two layers of stone will decrease the sinking relative to one layer of stones with the same size’. 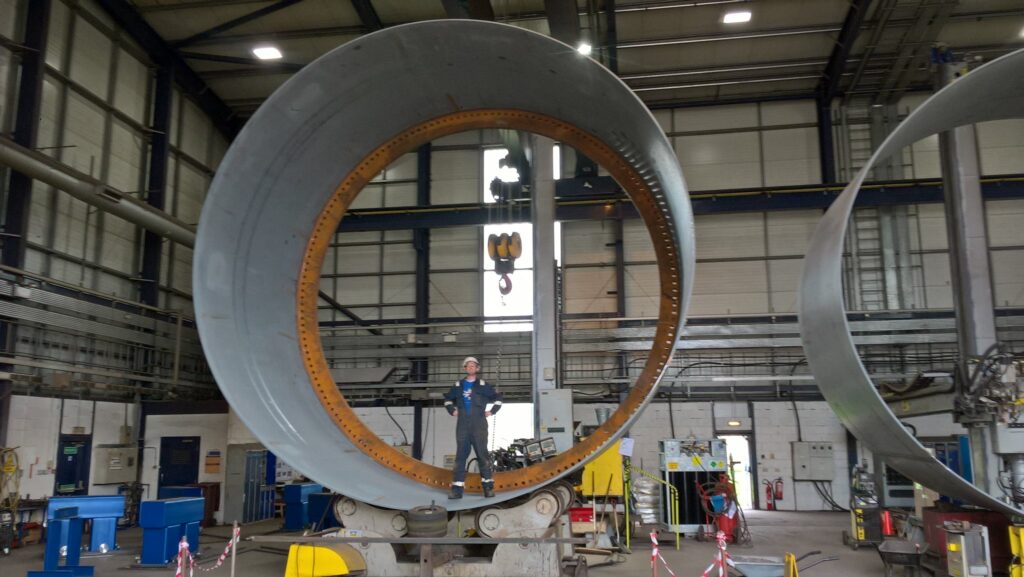