A Call for Information and Nominations (Call), which is available for review in today’s Federal Register, invites developers to identify locations within an offshore area in which they seek commercial leases for developing wind projects. BOEMRE is also seeking public comment – through a Notice of Intent to Prepare an Environmental Assessment – on important environmental issues and reasonable alternatives related to the proposed leasing, site characterization and assessment activities in the offshore area under consideration.

“Today’s announcement reflects the kind of efficient, forward-thinking planning we must do to quickly and responsibly stand up an American offshore wind industry,” Secretary Salazar said. “By focusing on priority areas with high wind potential and fewer conflicts and conducting early, coordinated reviews, we can accelerate the leasing process and drive investment, development, and jobs to Rhode Island and Massachusetts.”

“This is a major step forward in our efforts to promote wind energy off the Atlantic Coast,” said BOEMRE Director Bromwich. “We are seeking to determine commercial interest in the identified area and to collect information relevant to mitigating potential impacts to the environment that could result from these activities. This process will ensure that offshore wind projects are developed in the right way and in the right places.”

Salazar made today’s announcement in North Kingstown, Rhode Island as part of his visit to the state with Senators Jack Reed, Sheldon Whitehouse and U.S. Representatives Jim Langevin and David Cicilline to discuss federal renewable energy and outdoor recreation initiatives.

“Today is important not only because it demonstrates Rhode Island’s leadership in offshore wind development, but also because it reminds us of the tremendous economic development potential of the wind energy industry,” said Governor Lincoln Chafee. “I want to thank Secretary Salazar for his promotion of offshore wind development and his receptiveness to the needs of our state. Rhode Island is well suited to become a national leader in wind energy and I look forward to continuing to work with Secretary Salazar, our Congressional delegation, and all interested parties to realize that potential.”

“Secretary Salazar has been a leader in America’s pursuit of offshore wind, an abundant source of domestic, emissions-free renewable energy that has the potential to create thousands of jobs in Massachusetts and throughout the region,” said Massachusetts Governor Deval Patrick. “I applaud the Secretary’s efforts to advance this next round of offshore wind projects while ensuring continued engagement with citizens, elected officials, fishermen, and tribal and environmental organizations.”

“We want to make Rhode Island a national leader in renewable energy development and bring manufacturing jobs and business to the state,” said Senator Reed. “I appreciate Secretary Salazar coming to Rhode Island to see firsthand the important federal investments we have made in the state and the exciting potential we have for developing offshore wind off Rhode Island’s shores in a thoughtful and inclusive way. I look forward to all parties continuing to build upon the extensive stakeholder input already invested as we move forward.”

“Rhode Island stands ready to fuel tomorrow’s energy economy by building turbines for offshore wind farms, creating good-paying jobs in a new manufacturing industry here,” said Senator Whitehouse, a cosponsor of the Offshore Wind Power Act. “Secretary Salazar’s announcement today is an important step toward realizing that goal, and is a testament to our state’s leadership in this area.”

“As we learned when manufacturing and textile industries left several years ago, our economy cannot rely solely on trying to bring the same businesses back,” said Representative Langevin. “Investing in new technology means investing in new jobs. The renewable energy sector will attract research, capital, and manufacturing jobs, which I hope will be based right here in Quonset.”

“Today’s announcement is extremely important because this project has the potential to create hundreds of good-paying jobs in our state that cannot be outsourced and it will undoubtedly help our environment by moving us away from our dependence on foreign oil,” said Representative Cicilline.

Four wind energy areas offshore Delaware, Maryland, New Jersey, and Virginia were identified in February this year, and BOEMRE expects to begin the commercial leasing process in those states as early as 2012. Potential wind energy areas will also be identified soon in additional states, such as Massachusetts and North Carolina, and those areas will be subject to similar environmental assessments as the area identified today. This year, Salazar also approved the Cape Wind project, the first commercial wind turbine farm on the Outer Continental Shelf.

The designated location under consideration in today’s announcement – the Call area – is within an Area of Mutual Interest (AMI) identified by the state of Rhode Island and Massachusetts in a landmark agreement in July 2010. The Call area was subsequently identified through consultation with BOEMRE’s Rhode Island and Massachusetts Renewable Energy Task Forces, which include federal, state, and tribal government partners, and using information gathered by the State of Rhode Island in its Special Area Management Plan for the AMI. Both BOEMRE and state officials gathered stakeholder input before finalizing the Call area.

The public is encouraged to provide information about site conditions, resources and multiple uses in the Call area that can assist BOEMRE in reducing or eliminating obvious conflicts, including potentially refining the Wind Energy Area ultimately identified for proposed future commercial leasing. Before any leases are issued, BOEMRE will complete an Environmental Assessment (EA) to determine impacts associated with issuing leases in the potential Wind Energy Area. Proposed offshore wind projects will receive comprehensive, site-specific analysis under the National Environmental Policy Act. 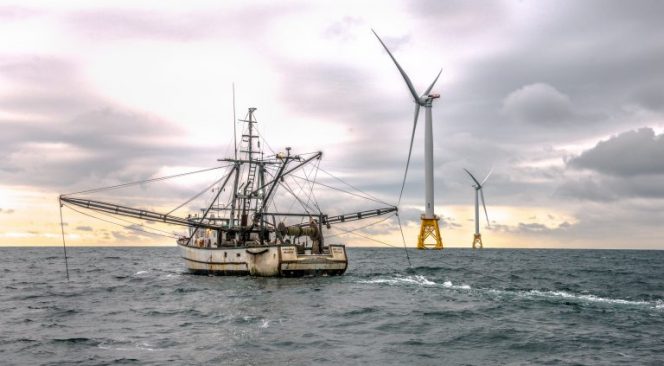