Sietas is to be the first German shipyard to develop and build a jack-up vessel used for offshore wind farm installation. The order, which was signed today in Hamburg, comes from prestigious Dutch-based marine contractor Van Oord, working on dredging, offshore and marine engineering projects worldwide. In addition, Van Oord has placed an option for a second ship of the same type.

No details have been released as to the purchase price. The time elapsing between development and delivery to Van Oord, in September 2012, of this innovative jack-up vessel will be just 21 months. The construction phase is scheduled to last one year.

“We are delighted to have won this order, as it provides us with an entry point into the growth market that is the offshore wind industry. Naturally, it also gives us great pride to have beaten off tough competition from the Netherlands, China and the United Arab Emirates”, explains Rüdiger Fuchs, CEO of the Sietas Group. The formula for success: Sietas will be acting as architect and integrator of the entire ship, supplying the offshore crane via Neuenfelder Maschinenfabrik (NMF), which also forms part of the Sietas Group, and guarantees the performance of its product. Says Rüdiger Fuchs: “We outdid the competition with our know-how as shipbuilders and manufacturers of specialist cranes. With a bid made up of the ship and crane, plus development and construction, we were able to offer a turnkey solution from a single source. In addition, we were more competitive than the other bidders in terms of the services we could offer and the price. We are the first company in Germany to have won such an order, as commissions for these special jack-up vessels have always previously been placed abroad.”

Van Oord is a prestigious Dutch-based company with operations worldwide. It possesses extensive experience in dredging, offshore and marine engineering projects. In 2009, Van Oord recorded a turnover of €1.424 billion and a net profit of €120 million.

Employees at Sietas in Hamburg also benefit from the addition of this new customer. Says CEO Rüdiger Fuchs: “This new-build order also marks an important step on the path to putting the Sietas shipyard back onto a firm business footing. This innovative new type of ship takes us into the growth market that is the offshore wind industry, giving the approximately 1,000 employees of the Sietas Group a clear outlook for the future.”

About the jack-up vessel

The Sietas jack-up vessel has been developed for use in offshore wind farms. It has a loading capacity of up to 6.500 tdw and can work safely in depths of up to 45 metres. Thanks to its self-loading capacity and jacking system, which also maintains the ship in a stable position even in heavy seas, it can work reliably and quickly. This innovative Type 187 special ship will measure 139 metres in length and 38 metres in width. It will have a 5.7-metre draught and be capable of travelling at a speed of 12 knots. Neuenfelder Maschinenfabrik (NMF), which also forms part of the Sietas Group, will equip the ship with a special offshore crane with an outreach of 30 metres, capable of lifting 900 tonnes and of operating at a height of up to approximately 120 metres above water level. When performing installations in wind energy farms, the special ship will be able to accommodate 74 crew members in single and double cabins to te industry, giving the approximately 1,000 employees of Sietas Group a clears product.

With this latest sales success, the Sietas shipyard now has orders in all its selected segments of special ship construction. Six special purpose ships currently figure in the Hamburg-based company’s order book: one heavy lift vessel, one dredger, three ferries and the jack-up vessel. Five special purpose ships were constructed and delivered during 2010: a self-unloader, Ro/Ro island supply ship, a dredger, a heavy lift vessel and a ferry.

The Sietas shipyard is consistently pursuing its chosen path away from traditional ship construction to the building of sophisticated special purpose ships. Shorter throughput times and higher productivity characterise the “new” Sietas. The company is seeking future success through industrial production and the development and construction of special purpose ships, marketed worldwide, all of them featuring the highest “Made in Germany” quality standards and innovative design. The Sietas Group, which consists of the Sietas shipyard, Neuenfelder Maschinenfabrik (NMF) and the Norderwerft repair yard in the port of Hamburg, employs approximately 1,000 people. Projected turnover for 2010 is €385 million. 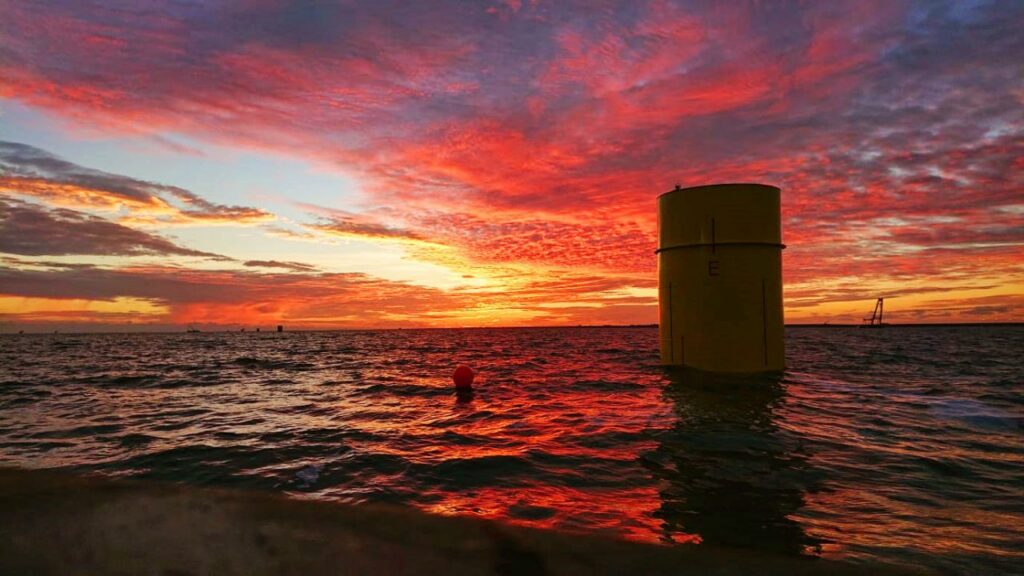