Shell has decided to withdraw from the Western Star and Emerald offshore wind projects in Ireland that the company was developing with Simply Blue Group.

Last year, Shell entered an agreement with Simply Blue Group for a 51 per cent share in its Emerald and Wester Star offshore wind projects, which will deliver a combined 2.65 GW of floating power for Ireland.

The energy giant’s move to leave the projects was a “portfolio decision”, according to a joint statement issued by the companies.

Shell said that offshore wind remains a key growth area and integral to the delivery of the company’s Powering Progress strategy.

The offshore wind developer has more than 13 GW of wind capacity in operation, under construction and in the funnel of potential projects, including a 50 per cent stake in 5 GW of floating wind projects in Scotland.

Simply Blue Group said it is continuing to develop the wind projects offshore Ireland as part of a global 10 GW pipeline and has started a process to find a new partner.

“Simply Blue Group are progressing towards a new strategic partnership, building on the momentum of both projects to deliver government targets for Phase 2 of Ireland’s offshore wind development”, said Simply Blue Group.

The first phase of Emerald is planned to comprise between 15 and 25 wind turbines with a combined capacity of 300 MW, installed on Principle Power’s WindFloat floating foundations, also according to earlier information.

Western Star offshore wind project is also planned to be delivered as a staged development: 300 MW-450 MW in the first phase with 700 MW-900 MW to follow. 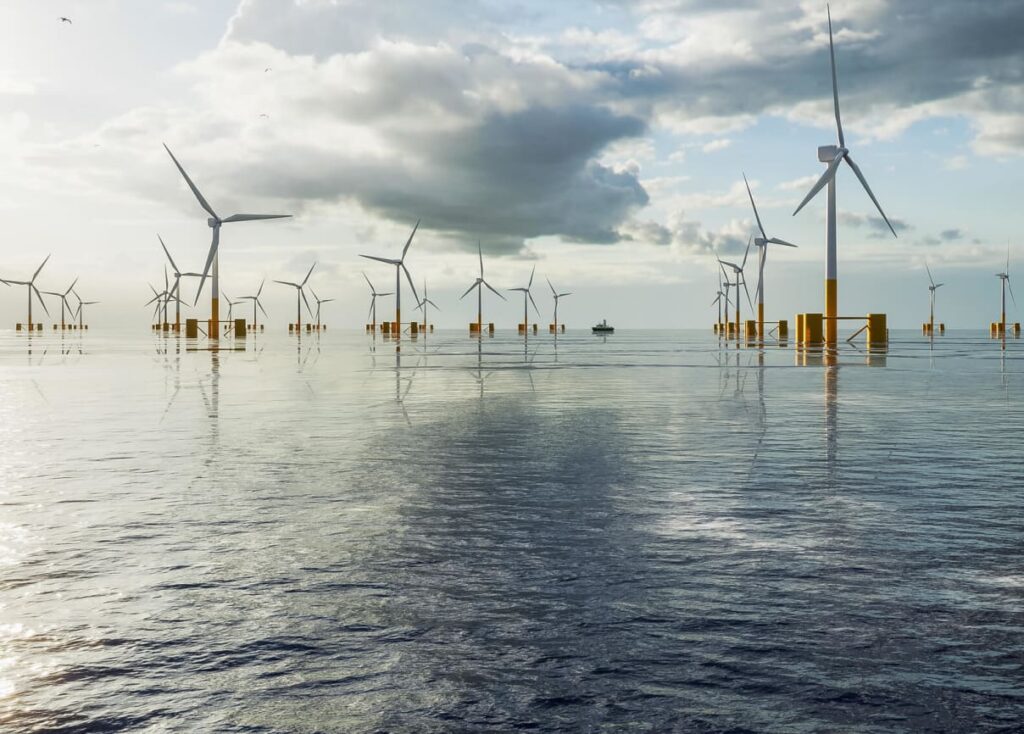