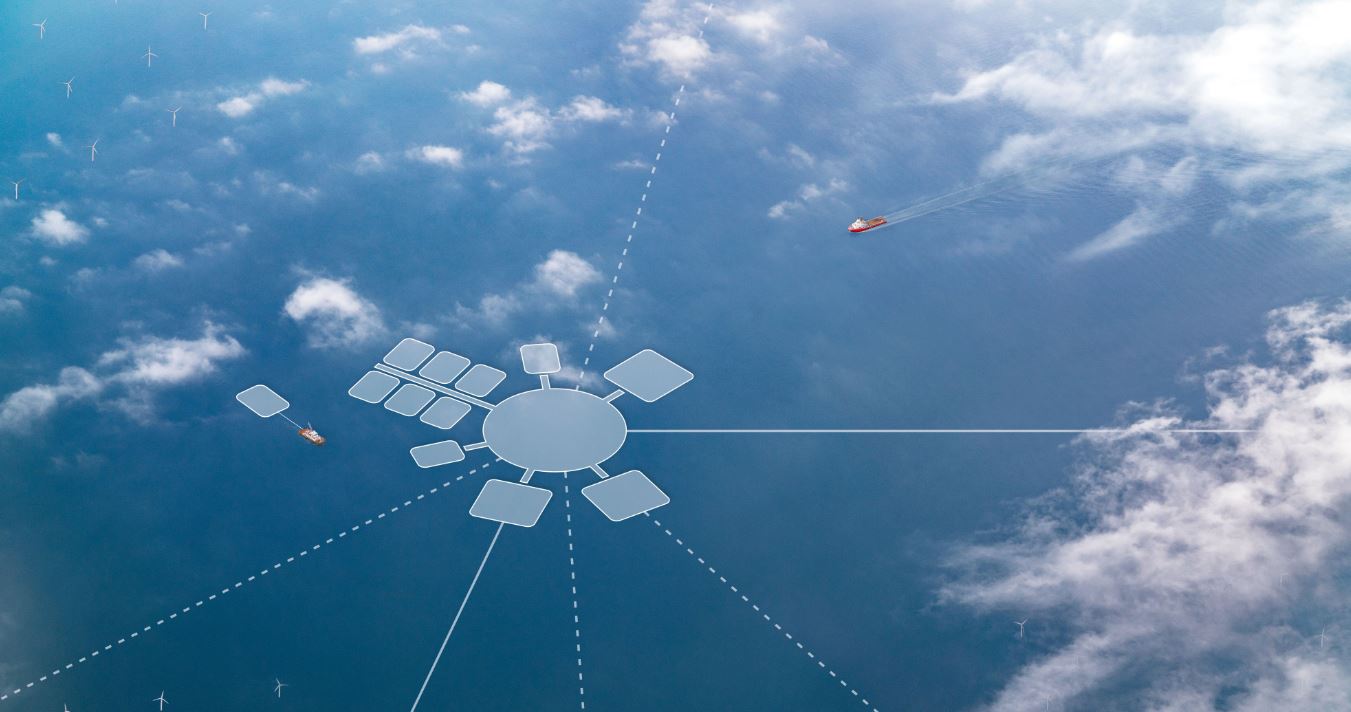 Ørsted and ATP have signed an agreement with GlobalConnect to make the Nordsøens Energiø (North Sea Energy Island) a backbone in the future digitisation of Northern Europe and attract large-scale digital investments to Denmark, according to the Ørsted-ATP consortium.

The partners will work together to make the North Sea Energy Island a “cross-border digital hub”.

Since data consumption is expected to rise in the coming years as more devices connect to the internet, the capacity expansion of the grid transporting the data between the North Sea countries will be required, says Ørsted, and a smart North Sea Energy Island could offer a natural intersection for this grid, while also being a source of renewable energy to power the digitisation.

With this agreement, Ørsted, ATP and GlobalConnect are paving the way to attract large operators to the island and, consequently, to Denmark, said Ørsted.

Also, the smart energy island is expected to become a central part in the next phases of the regional wind build-out by enabling, for example, autonomous operations, and further digitising offshore wind.

“When embarking on such a significant long-term investment as The North Sea Energy Island, it’s crucial that the dynamics of the concept and construction meet the demands of the future sustainable and digital society”, said Claus Wiinblad, Senior Vice President at ATP.

“We want to create a versatile and flexible energy island that will support the green transition, both now and in the years to come, as well as being a sensible risk-adjusted investment of the Danish pensions. In GlobalConnect we have a resilient partner in digital infrastructure to secure connectivity and growth”.

Last month, Ørsted and ATP appointed Arup as Technical Advisor for the world’s first artificial energy island, for whose development Denmark is expected to open a tender in 2023, when Ørsted and ATP intend to bid to build the project.

In March, Ørsted and ATP, together with their partners Aarsleff, Bouygues Construction, and Van Oord presented their concept of a modular energy island for the forthcoming tender in the Danish North Sea.

Consisting of a small dammed island that can be expanded with flexible modules, the North Sea Energy Island will be a project in constant development, even after it has been built, the developers said.

The North Sea Energy Island will be built some 80 kilometres off the coast of Denmark. Surrounded by ten offshore wind farms, it is intended to collect and distribute huge amounts of green energy to Denmark, and into Europe.

Around 200 wind turbines with a combined capacity of 3 GW are expected to be installed in the first phase of the project by 2030. When fully developed, the energy island hub will reach a capacity of 10 GW.