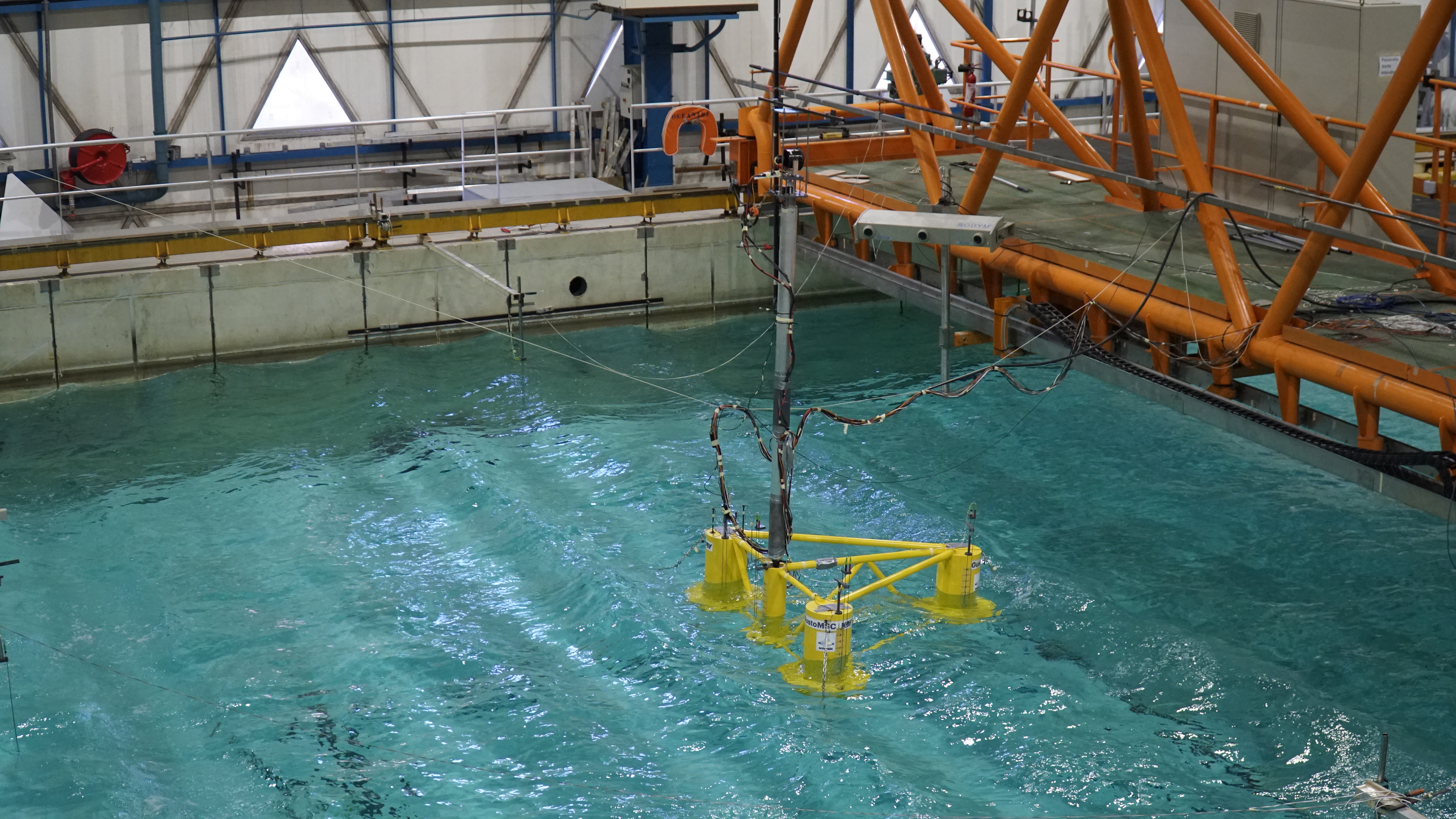 GustoMSC has completed model tests of its semi-submersible Tri-Floater wind turbine foundation at the Océanide wave basin in South-East France.

The Tri-Floater model, hosting the 15 MW NREL reference wind turbine, was subjected to simultaneous wind, wave, and current loading in the wave basin.

According to GustoMSC, the aim of the tests was to demonstrate the suitability of the design for most of the floating wind sites currently being considered, including operational conditions the wind turbine would normally experience during its lifetime as well as extreme conditions it would endure during storms.

The floating offshore wind turbine foundation was also tested through an extreme sea state with a wave height of 13.5 metres and wind speed at the hub height of 190 kilometres per hour.

The Tri-Floater “passed” the test and the results confirm the performance of the floating offshore wind turbine foundation in harsh environments, the company said.

“Due to the optimized geometry of the submerged structure, the Tri-Floater design exhibited low accelerations at the wind turbine nacelle during the model tests, in good agreement with numerical predictions,” GustoMSC said.

“Lower accelerations are particularly beneficial since these translate to lower load levels and ultimately lower steel weight of the structure which is one of the most important cost drivers in floating wind.” 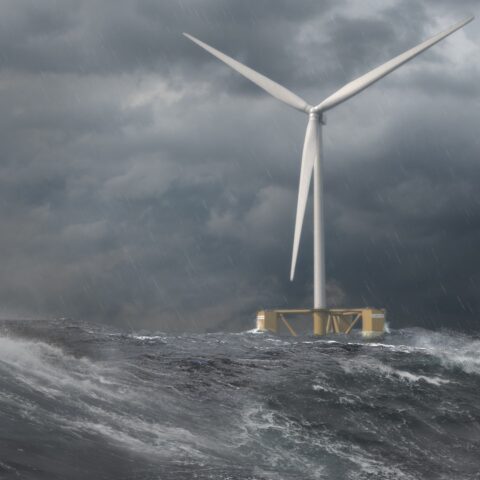 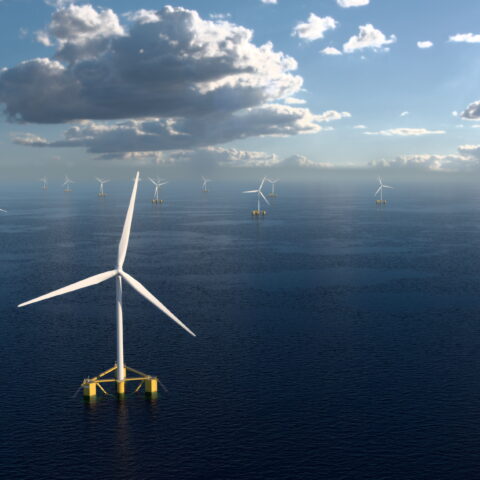 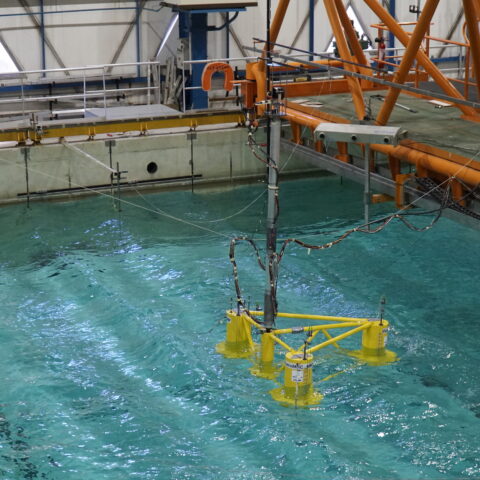 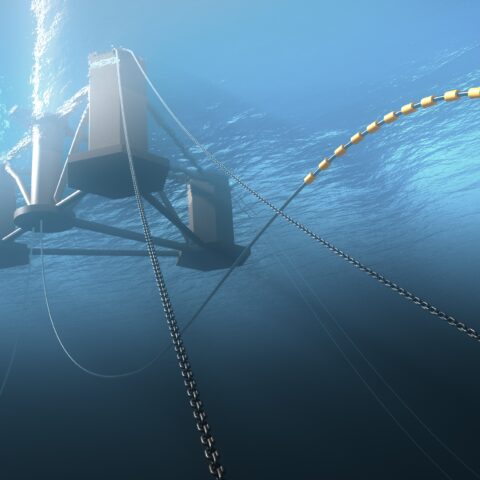 Other tests were performed in the basin as well, investigating various hydrodynamic properties of the floater in greater detail. The numerical models of the Tri-Floater were calibrated based on these results, which is expected to further improve the quality of numerical simulations performed by GustoMSC.

Following the completion of the model test campaign, the Tri-Floater design reached Technology Readiness Level 4 (“technology validated in a lab”).

A couple of months ago, DNV completed a Concept Verification and Technical & Commercial Assessment of GustoMSC’s Tri-Floater, which confirmed the technical feasibility and compliance with the relevant design standards.