The pre-money equity value of Fred. Olsen Windcarrier has been estimated to be between NOK 2.5 billion and NOK 2.75 billion (approximately between EUR 250 million and EUR 275 million), according to information shared on 14 February on Oslo Stock Exchange, which has now admitted the company’s shares for trading.

As reported at the beginning of this month, the Norway-based offshore wind turbine installation company is preparing to launch an initial public offering (IPO) of new shares and list for trading on the Oslo Stock Exchange, and it plans to use the proceedings to finance a new offshore wind installation vessel, among other things.

Fred. Olsen Windcarrier owns and operates three transport and installation jack-up vessels – Bold Tern, Brave Tern, and Blue Tern – and aims to place an order for a fourth installation vessel to supplement its existing fleet due to increased demand for its services.

Through the IPO, expected to officially start during the first quarter of this year, Fred. Olsen Windcarrier plans to raise gross proceeds of approximately EUR 150 million which will be used to fully finance the equity portion for the newbuilding it aims to order, and for general corporate purposes.

In a press release issued on 14 February, the company said it would offer 26 million shares at a price between NOK 50 and NOK 55 (between EUR 4.96 and EUR 5.45) per share, which corresponds to a pre-money equity value of the company of between approx. NOK 2.5 billion and NOK 2.75 billion (between approx. EUR 250 million and EUR 275 million).

Fred. Olsen Windcarrier is wholly owned by Fred. Olsen Ocean (FOO), a subsidiary of Bonheur, which is committed to remaining a long-term majority shareholder and has pre-committed to subscribe for EUR 25 million in the IPO, the company said.

Following completion of the Offering, it is expected that Bonheur, through FOO, will have an ownership interest in the Company of approximately 68.8 per cent. 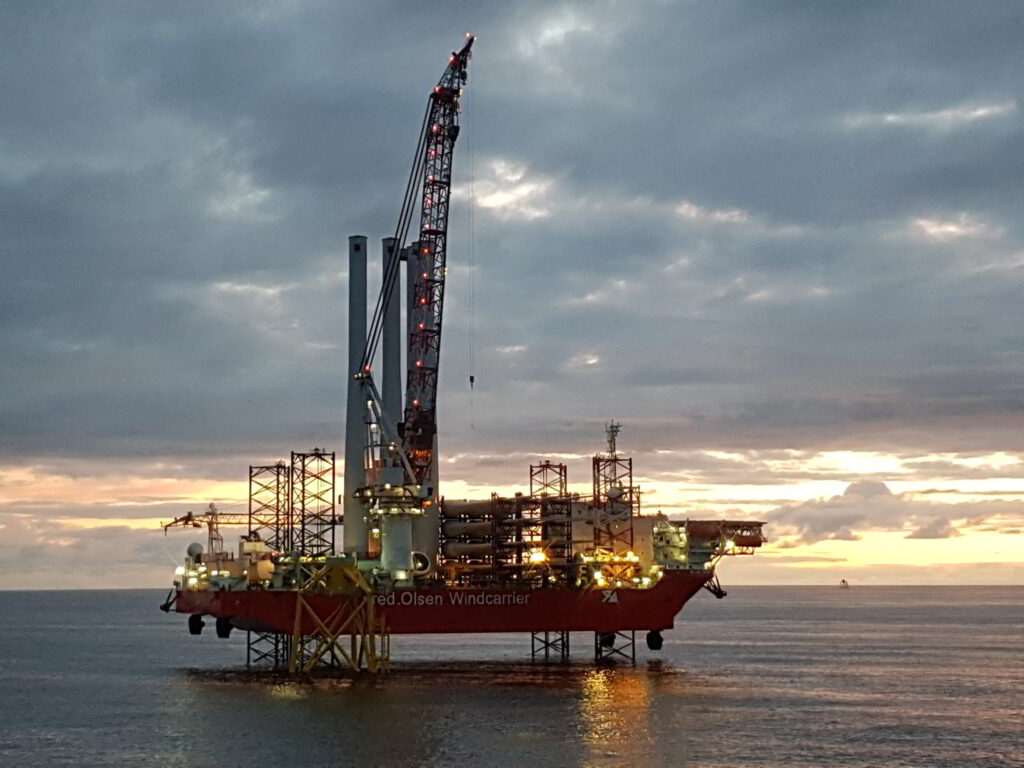