The world’s largest offshore converter station has been installed at the Jiangsu Rudong offshore wind farm in China’s Yellow Sea.

The station will be used to collect 1,100 MW of electric energy from three wind farms -H6, H8, H10 – in the Jiangsu Rudong project being developed by China Three Gorges.

The station will then convert the electricity into DC power and transmit it onshore over a distance of around 100 kilometres, the longest transmission length in China, via a submarine cable.

When the project is in full operation it will be able to provide around 1.36 million households with their annual electricity needs.

The converter station weighs 22,000 tons and is as tall as a 15-storey residential building.

Due to the weight of the unit, China Three Gorges utilised a floating tow installation method, using the ships’ ballast and natural tides during the process.

China Classification Society (CCS) provided authentication and survey services for the converter station. CCS’ team has been involved throughout the design, construction, transportation, installation, and commissioning stages of the project. 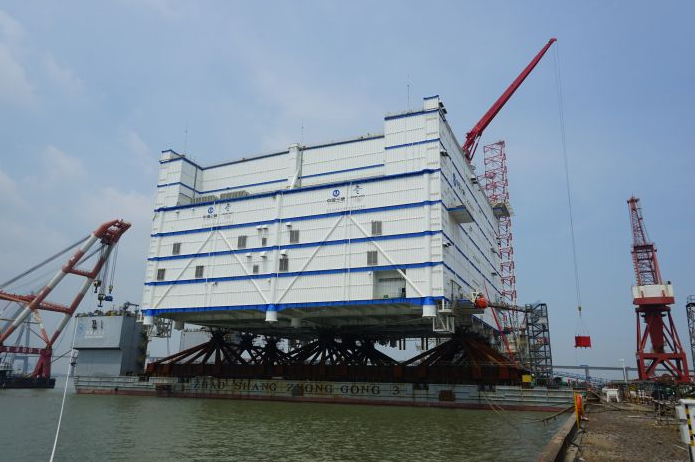