Ørsted has established a long-term partnership with Fred. Olsen Renewables and Hafslund Eco to develop offshore wind in Norway and to compete in Norway’s upcoming application round for offshore wind areas.

The three parties see the cooperation as the perfect fit for realising large-scale offshore wind projects in combination with an offshore grid, the Danish energy company and the leading offshore wind developer said.

The consortium has the aim to deliver both bottom-fixed and floating offshore wind power, while developing the Norwegian supply chain for the expected large-scale build-out of offshore wind in Norway and in Europe.

“This partnership is an important step for Ørsted, as we expand our footprint in the Nordics. At the same time, we have made the strategic choice to drive the commercialisation of floating offshore wind to unlock the massive potential of the technology around the world where Norway can become a key market in Europe,” Martin Neubert, Chief Commercial Officer and Deputy Group CEO at Ørsted, said.

Ørsted, Hafslund Eco, the second-largest power producer in Norway, and Fred. Olsen Renewables will be equal partners in the consortium which will be applying for licenses in both areas appointed by the Norwegian government, Utsira Nord and Sørlige Nordsjø II.

The upcoming allocation round is expected to consist of up to 4.5 GW across the two areas, with the technical potential being much higher.

“Adding to the extensive experience within renewable energy, energy grids and offshore wind, possessed by Hafslund Eco and Fred. Olsen related companies, Ørsted brings along the largest track record and competence in the world in developing local supply chains in this industry,” Anette Olsen, Managing Director of Bonheur and proprietor of Fred. Olsen & Co. says:

”This has resulted in significant creation of new local green jobs within offshore wind. Fred. Olsen related companies have for years worked successfully with Ørsted around the globe to develop strong supply chains for transport, installation, upgrades and maintenance of offshore wind turbines. Through this our companies have experienced Ørsted’s competence and desire to develop local jobs in real life situations. With the addition of Ørsted, the consortium has further strengthened its ability to successfully assist Norway to secure a sustainable and efficient way forward within offshore wind.” 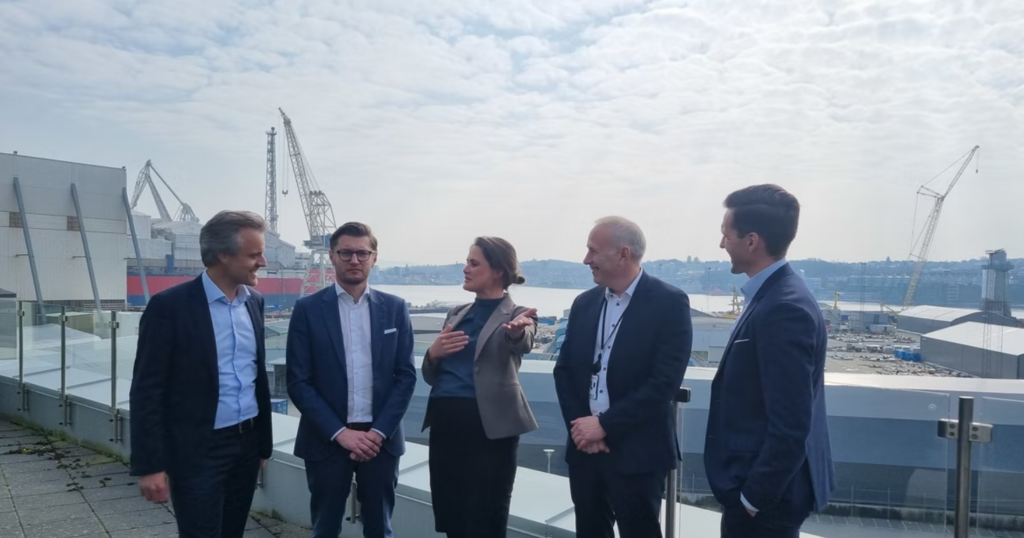