The repair job is part of the Service Level Agreement for cable repairs that Jan De Nul and TenneT entered into in 2019.

TenneT engaged Jan De Nul for the repair of a cable fault located within the 500-metre zone around the DolWin alpha platform, 75 kilometres off the German coast north of the island Borkum.

Within less than 50 days, Jan De Nul performed the specific detailed engineering, the vessel mobilisation, the replacement of the damaged cable section, as well as the burial of the new cable and joint, the company said.

Benjamin Foubert, Manager Offshore Cables at Jan De Nul Group, said: ”We are very proud of this very well organized and swift repair. The extensive pre-engineering efforts we performed in view of this repair framework agreement clearly paid off. Achieving the full repair in such a short notice resulted in a minimal disruption of the offshore grid connection. Thanks to the close and pro-active cooperation between all parties involved we were able to complete this campaign successfully, which included our two vessels working simultaneously in close proximity of the offshore platform.”

First, the Adhémar de Saint-Venant deburied the damaged cable section, including its cable protection system which was buried under large armour rock.

The Isaac Newton loaded the spare cable and repair joint in Emden, recovered the damaged cable section offshore, and subsequently installed the new cable and joint with success. 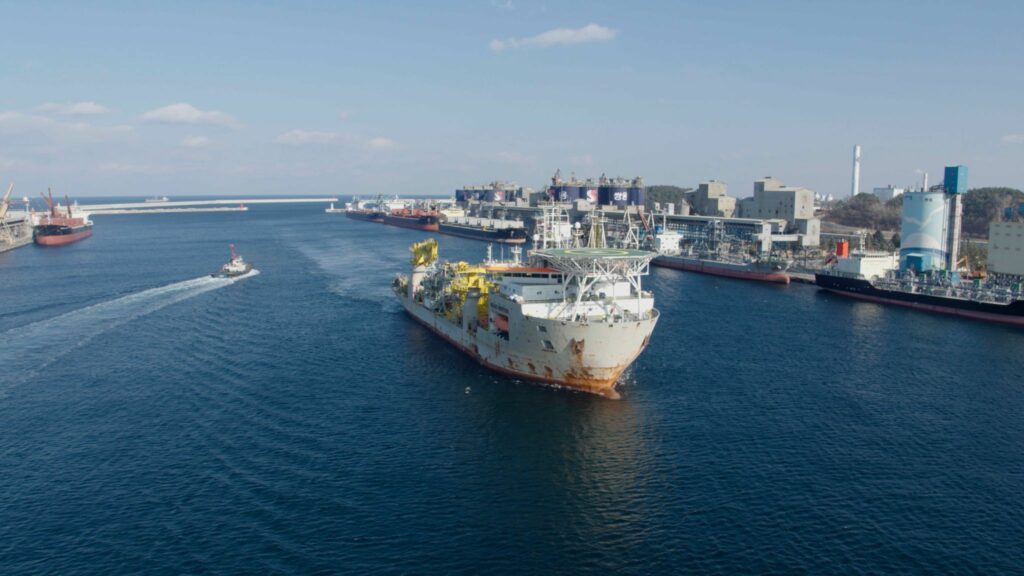