The developers of the Dogger Bank Wind Farm have revealed the design for the Operations and Maintenance (O&M) Base that will serve the world’s biggest offshore wind farm.

Subject to planning approval, the base will be constructed in the Port of Tyne, the UK. It will serve as the main hub for operating the 3.6 GW wind farm which when complete will be capable of powering six million homes.

SSE Renewables is leading on construction of the wind farm and Equinor will operate the wind farm for its lifetime of up to 35 years, creating over 200 direct jobs in the North East of England.

Some roles will be based onshore, such as planners, engineers and management, whilst other roles such as wind turbine technicians will be based offshore at the wind farm itself, living for two weeks at a time on a vessel over 130 kilometres out to sea. The main recruitment activity is expected from 2022.

Working with international design practice Ryder Architecture, headquartered in Newcastle, Equinor has designed the O&M Base to be built using environmentally friendly materials. EV chargers, solar panels and efficient heating systems have been included to ensure the facility has a low carbon impact, the developers said.

As well as offices for those based onshore and a warehouse to store spare parts for the wind farm, the design includes development of a new quay suitable for the Service Operations Vessels (SOVs) that provide accommodation, and transport for technicians to and from the wind farm. The vessels will come to the port approximately twice a month for resupply and crew change.

The plans for the O&M facility have been submitted to South Tyneside Council for a planning application. The construction contractor will be appointed in the coming months.

”Dogger Bank is set to have a huge impact in the North East of England. On top of the hundreds of direct jobs the project creates, opportunities from the project will reach many others in the region from industry suppliers to catering companies,” Halfdan Brustad, Vice President for Dogger Bank at Equinor, said:

”Over the last month investment for a new manufacturing facility in Teesside has been announced, set to provide the 107m turbine blades to Dogger Bank, and the contract for our three operations vessels has been awarded to a Scottish company, creating further jobs in Scotland and the North East. We specifically chose a local firm, Ryder, to work closely with in designing this flagship facility, and have ensured it is both environmentally sustainable and future-fit in order to attract the best local talents to join our team. We share the final designs with pride, and can’t wait to get started!” 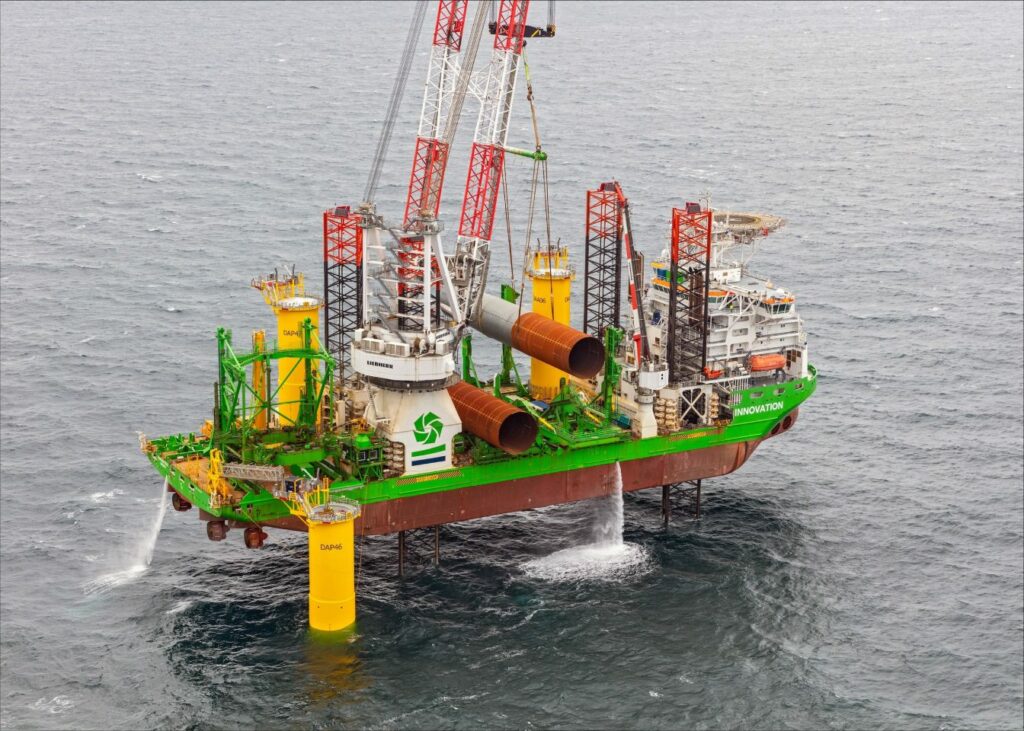